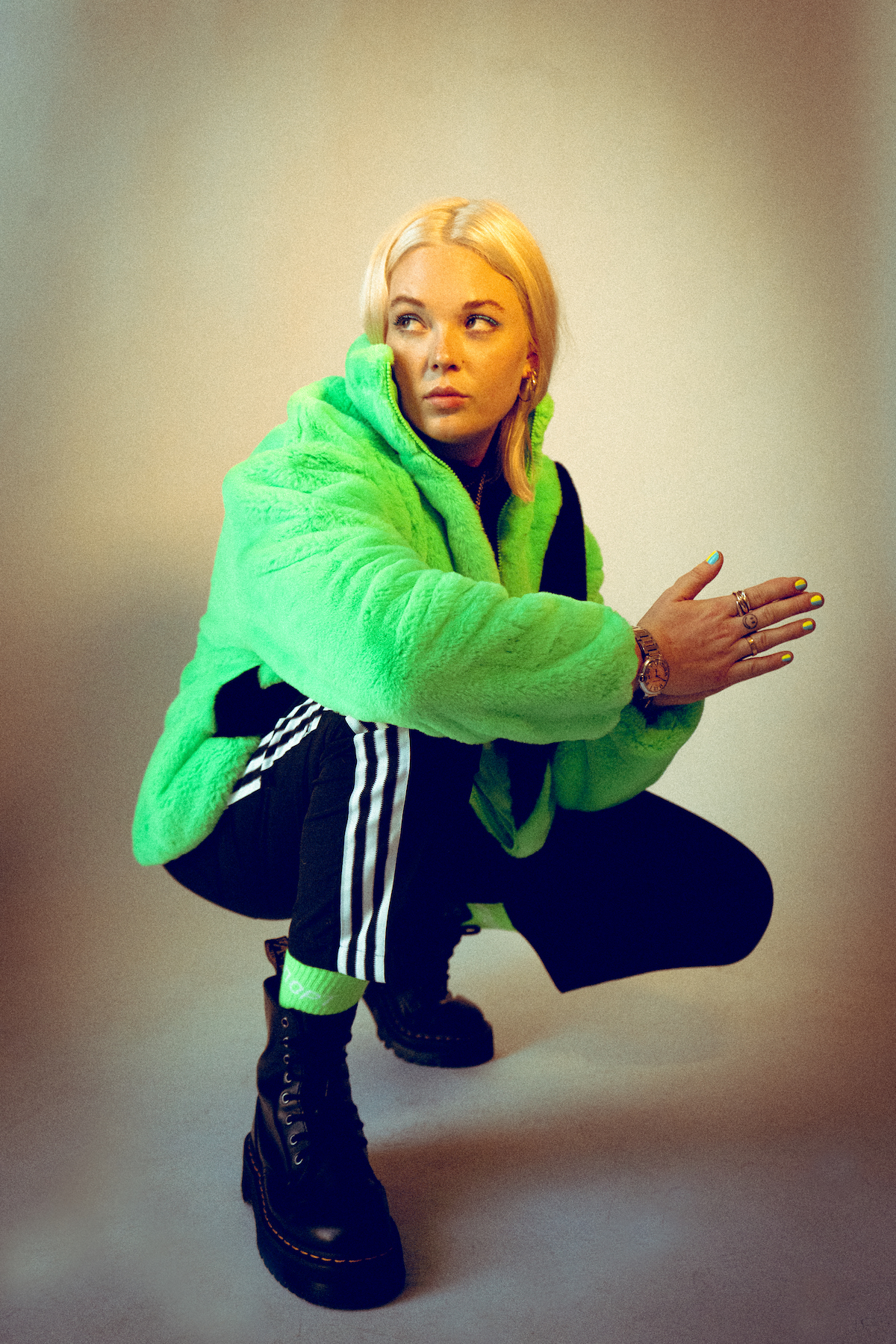 London-based and New York-born electronic pop singer Sofi Vonn released her debut EP That Was A Close Call in December of 2021.  Says Sofi about the EP, “I’m so excited to finally release my first EP. I was in the same headspace when writing all of these songs (other than Next To Me, which was for a project for my current course at Goldsmiths University). I decided to call it THAT WAS A CLOSE CALL because not only is it a lyric from ‘Stranger,’ but it also represents the closing of a chapter in my life. The photo also conveniently had me pretending to be on a call. So much has changed for me in the last year in terms of my career. I’m excited for this EP to be out in the world so that I can keep making music but with a different mindset.”  Born and raised in the West Village neighborhood of NYC, Vonn was surrounded by a creative and artistic environment, with the many diverse background she was exposed to influencing her artistically.  Born to German parents, she spent her high school years in Zürich, Switzerland and was unsure of what she wanted to do after graduating. “I liked music, but I didn’t know how to get into it, because when I was applying to college for anything musical, they wanted me to be a Steinway Fellow already, basically,” she says.  This led her to take a break from music, leading her to college at Tulane University in New Orleans.  She was led back to music, however, when she studied abroad in Berlin for a year, a move that exposed her to techno music and cultivated a love for DJing. She later received a full-time job with the BMG record label, which brought her back to her hometown of New York City. Her work at the label taught her marketing skills that helped her with her DJ career at night, and she became an in-demand house and techno DJ, booking numerous shows around the city for the next two years.  With the necessary experience to apply to music school, Vonn currently attends the highly prestigious Goldsmiths, University of London and has found a mentor in renowned music executive Charlie Walk (who helped launch the careers of Lorde, Ariana Grande, and The Weeknd, among many others), who brought her into his prestigious Music Mastery program earlier this year.  With plans to keep writing and releasing music, growing as a performer, and playing shows, the future looks bright for Sofi Vonn!  You can connect with Sofi Vonn to stay up-to-date with all upcoming music and tour news via the following links:

I’m gonna keep writing and releasing as much music as I can. I always want to perform as well, so I am looking to play as much as possible to up my performing game. Otherwise I want to keep growing as an artist!