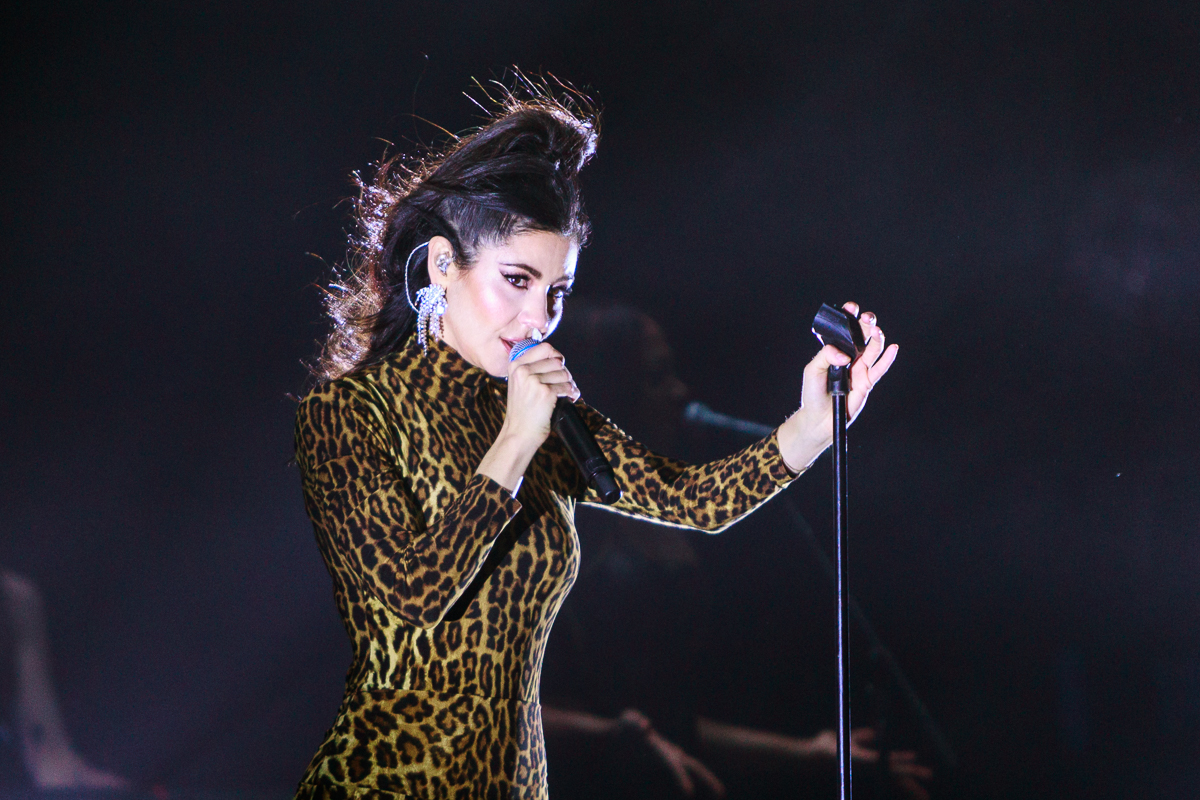 On the day after Valentine’s Day, London based pop star MARINA made a stop at the famous Chicago Theatre on her Ancient Dreams in a Modern Land tour. In a theatre most elegant and ornate, fans arrived on time and were ushered to their seats, everyone adorned in their best attire.

MARINA took the stage to an eager crowd with the title track from her latest album, dressed in a jaw dropping cheetah print bodysuit. She performed for nearly an hour and a half, running through a setlist that showcased MARINA’s newer music, and including the hits that put her on the radar back in the early 2010s. Her adoration for Chicago was genuine – She shared with the audience that Chicago was where her father had immigrated to from Greece as a young adult and where he had earned the money to move to London for university, where he met her mother. She concluded that if it weren’t for her dad’s time in Chicago, she wouldn’t be here. As a fan, learning that the city I call home is uniquely significant to the artist truly warms my heart and makes me feel a stronger connection to them.

Every moment of MARINA’s performance was joyous and entertaining. I left feeling amazed amongst a crowd of people who were also reveling in the afterglow of what we’d just watched.