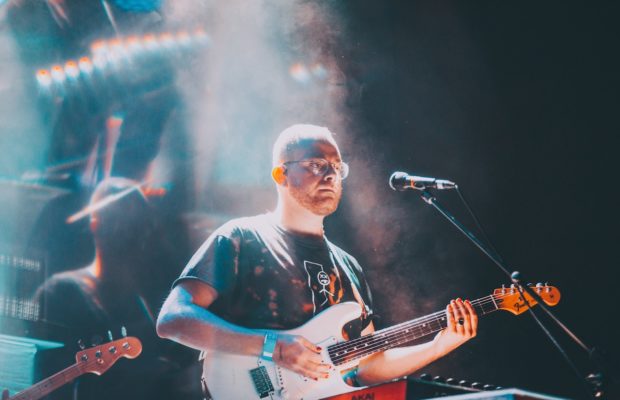 Joywave with The Aces and The Demos

Twice I have seen Joywave live, and twice they have been opening for another artist. In 2015 it was Bleachers, and just a few months ago they were on the road opening for Cold War Kids and Young the Giant. Each time I was impressed by the amount of energy they both brought to the stage and were able to supply the audience with. They truly did a fantastic job opening shows, invigorating the audience before the headliner too the stage. But often I’ve wondered what it would be like to see Joywave as that headliner, to see them as the featured act. On Tuesday night this though in my mind came to fruition as I ventured to the Bowery Ballroom to see Joywave, joined by The Aces and fellow Rochester-based artists, The Demos.

I feel as though, already in this short review, energy is an overused word, but it is necessary to overly emphasis it as there is no shortage within Joywave. It’s a type of energy that you can hear fighting to come through on their recorded material, but is only truly realized in the heat of their live performance. Having released their sophomore album, Content, earlier this year they had plenty of material to woo the audience with; and I have a hard time believing that anyone would have left their sold out show feeling dissatisfied.