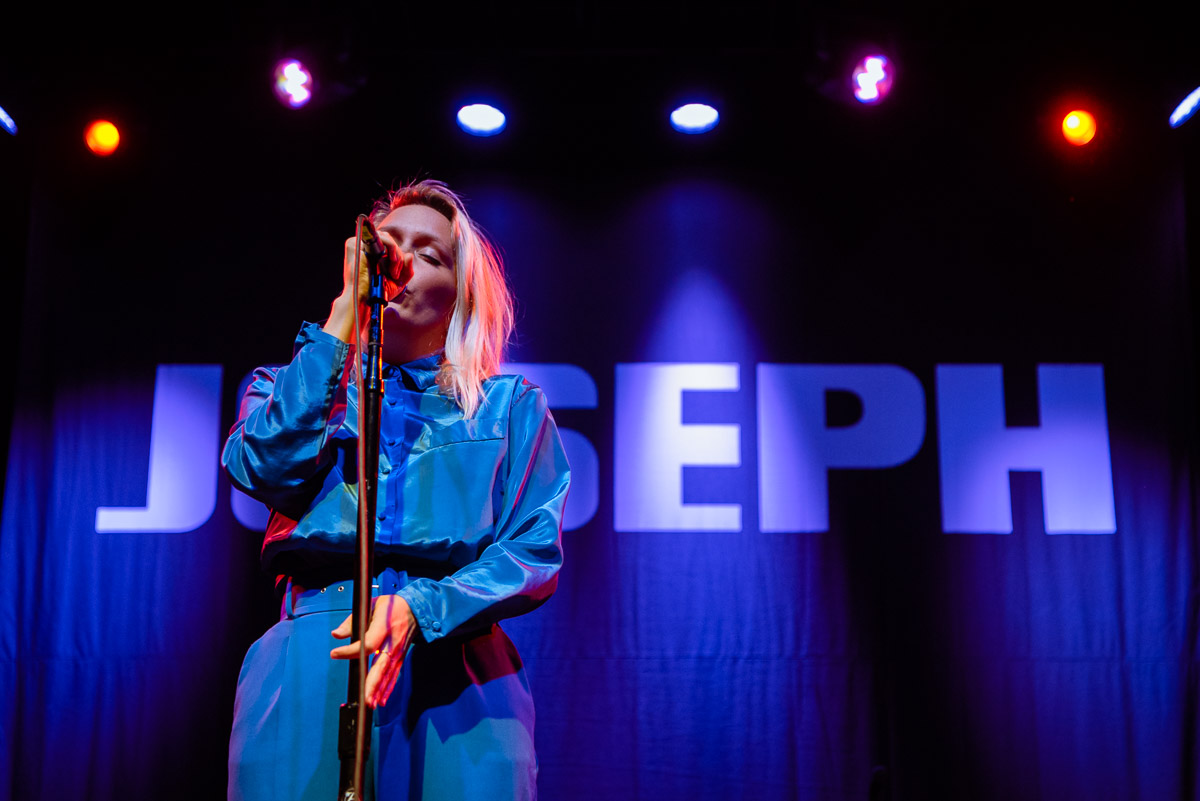 Sister-trio folk rock band Joseph closed out their Good Luck, Kid tour in San Francisco at The Fillmore to an admiring Sunday night crowd. The Portland based sisters supported their recently released album of the same name. The record is full of bigger, bolder tracks than their previous subdued folk, but retains all the bewitching harmonies and evocative lyrical storytelling we’ve come to know and love from the band.

Joseph (comprised of Natalie and twins Meegan and Allison Closner) is known for their truly spell-binding three-part harmonies, and this show had no shortage of them. The sisters commanded the stage with grace and passion, demonstrating an overflowing joy to be sharing their music with so many people. Adding to that joy was the undeniable connection of performing as sisters. The three are obviously very close, adding a magical shimmer to a performance already worth celebrating.

As a rule, fans of Joseph are not particularly rowdy. Nonetheless, the crowd at The Fillmore’s show made their delight perfectly clear. From the moment Joseph stepped onstage, the audience was singing along to every word and feeding off the performers’ infectious energy. A particular highlight of the night was “SOS (Overboard)”, one of Joseph’s catchiest and most powerful songs. The performance had the already enraptured crowd dancing along with the band.

Joseph is certainly a family affair. For the final night of this tour, the sisters’ parents were in attendance. The heartwarming moment of the sister acknowledging and dedicating a love song to their parents highlighted what makes Joseph such a compelling band: their music carries with it the untouchable power of sisterhood. This concert was no different. Witnessing Joseph perform is a truly transcendent experience, and we hope they’ll be back out on the road soon.