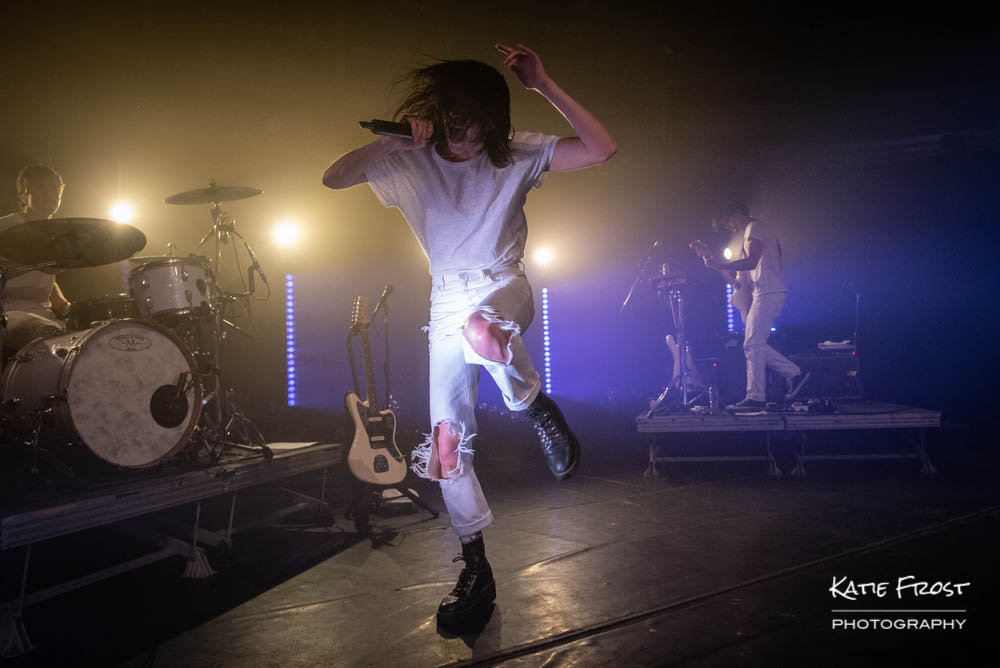 K. Flay with Your Smith

After seeing her play a brilliant show at Heaven in London last Wednesday, I travelled to Brussels with a couple of friends to see K.Flay play a sold out show at Botanique (previously an orangery) in Belgium. The concert took place in the 250-capacity circular “Rotonde” room, which was nothing like any music venue I had ever been to before and provided a wonderfully intimate setting for a great show.

First to take to the stage at around 8pm was pop / r&b artist Your Smith from Minneapolis. Despite being just one person on the stage, she had various gadgets and gismos that made it sound like there was a whole band up there with her. She reminded me visually a bit of Halsey, but certainly had her own unique style and sound. She moved and grooved around the stage throughout her set, which went down really well with the crowd included a cover of “Hold On” by Wilson Phillips (which you will probably recognise from the Bridesmaids movie).

At around 9pm American singer / song-writer / rapper K.Flay (Kristine Flaherty) took to the stage, dressed in ripped white jeans and a white t-shirt. She was accompanied by drummer Will Baldocchi and guitarist Josh Lippi, both also dressed head-to-toe in white…which made a difference to the metal gigs I usually shoot where the majority of the bands wear all black.

K.Flay opened her set with “Not In California” from her latest album Solutions (released July 2019), and was greeted with a huge cheer from the crowd, who were an interesting mix of teenage girls and people in their late 20s / early 30s. Her energy on stage was contagious as she bounced and danced around the small stage for almost the duration of her set as the crowd sang along to every word (even attempting the tricky rap parts of “Champagne”!).

As well as tracks from Solutions, she also treated the crowd to fan-favourites including “Make Me Fade” from her 2014 debut album Life As A Dog, “Blak Wave” from her 2017 album Everywhere Is Somewhere, plus 2016 single “FML” and “So Fast, So Maybe” from her self-titled 2010 EP. The older tracks sat perfectly with her newer material, and there was something for us older fans as well as those who may have only discovered her more recently.

Kristine seems to grow in confidence every time I see her live, and I feel proud to have seen her grow as an artist since I first saw her in 2015 supporting Lights on her UK tour. She ended her brilliant set with an encore comprised of “Sister” (one of my favourite tracks from Solutions) and “Blood In The Cut” from her 2015 Crush Me EP.

So Fast, So Maybe

Blood In The Cut