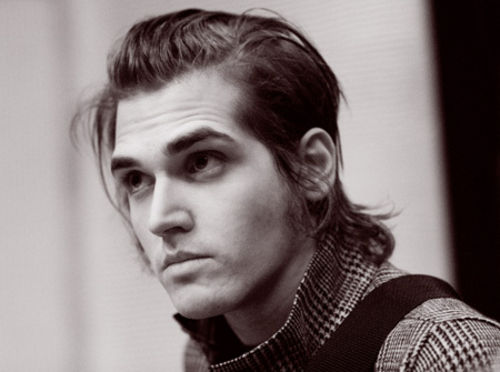 Mikey Way (ex-My Chemical Romance) has released a lengthy statement regarding his struggles with addiction over the past few years and his decision to enter rehab. Read the full thing below.

It’s been a minute since the last time we talked. There’s something I have needed to get off of my chest for quite some time – Because most of you have stuck by my side and supported me for over a decade now and you deserve the truth. The program is about brutal honesty, not only with your self but with others too.

I can’t tell you how many times I have opened Twitter or Instagram over the past 7 months to see someone asking about Electric Century and what is next for the band. I want you all to know why I went dark earlier this year and why I haven’t addressed any of your questions about the band up until this point.

In February of this year, I flew to the East Coast to finish up the EC record. Upon my arrival, I was told “you aren’t here to record” and I instantly knew what was going on. I was going to rehab. I felt an odd sense of comfort and thanked my friends for doing this for me. In the months prior I had come to realize that my addiction was far past me being able to beat it alone. In all honesty, at that point I was lucky to be alive. I have talked about sobriety in the past but frankly it was all just wishful thinking, I could talk with the best of them but now it’s time to do the real work or as they say in the program, “walk the walk”.

Physically entering the rehab facility was one of the most terrifying yet rewarding things I have ever done. Getting onstage and playing in front of tens of thousands of people used to be the most frightening thing for me, but getting the help I knew I needed made that look relaxing. During my 31 plus days of treatment, I learned a lot about myself and a lot about what I needed to do to never go back down that path I had been stumbling upon.

I had been self medicating for more than half my life. And as the band grew, so did the introduction of more drugs and more alcohol. Each time I thought I had hit rock bottom I really hadn’t seen the worst yet. When the band broke up, my using had intensified and I fell into total darkness. In the true form of an addict, I disconnected from everyone I knew and pushed away every one I loved. At that point in my life, I was not only lost but in complete self-destruction mode. In February, I was told I should never have woken up.

Electric Century started because I still had something I wanted to share with the world. I wanted it to be a special project that showed another side of me, and told a story I had wanted to tell for quite some time. During my stay in rehab, I was finally ready to admit something I hadn’t said out loud yet – Touring was just not something I was ready for or wanting to do. I was going along with everything up to that point because that is what I had always done. But, I no longer want to be that person, and I am trying to learn to say no and to put myself, and my mental health first. Will I ever tour with EC… maybe? Where I am in life right now, I want to continue to create and release music. For now, I am letting the chips fall where they may and I am hoping to get this music to all of you as soon as humanly possible.

You don’t really believe them when they warn you about the difficult road ahead. You think it will be easier than it really is. They were right. A few months ago, I was afraid to leave my apartment, afraid to drive my car- afraid of absolutely everything.

But now I can say it’s getting better every day and for the first time in my life I am saying that in all honesty. 8 months in I have more clarity than I have had in decades.

The only thing I am still working on getting past are the decisions I made when I wasn’t me. I still have to own up and take responsibility for these things. I lost friends and I lost time, but those closest to me have accepted my apologies are still by my side and that means so much to me. There are still friendships I am mending to this day, but that is all part of this new life I am creating for myself. You can’t un-ring the bell, but you can always learn to ring it better.

I learned through all of this that it’s okay to ask for help. So for all of you struggling – seek help. Tell someone close to you that you are struggling and allow the program to do it’s work. It saved my life and I am eternally grateful for that. You will be hearing much more from me and EC in the coming months, that I can promise you. Here is to the next chapter in my life and to taking things one day at a time…because that is all we really have.