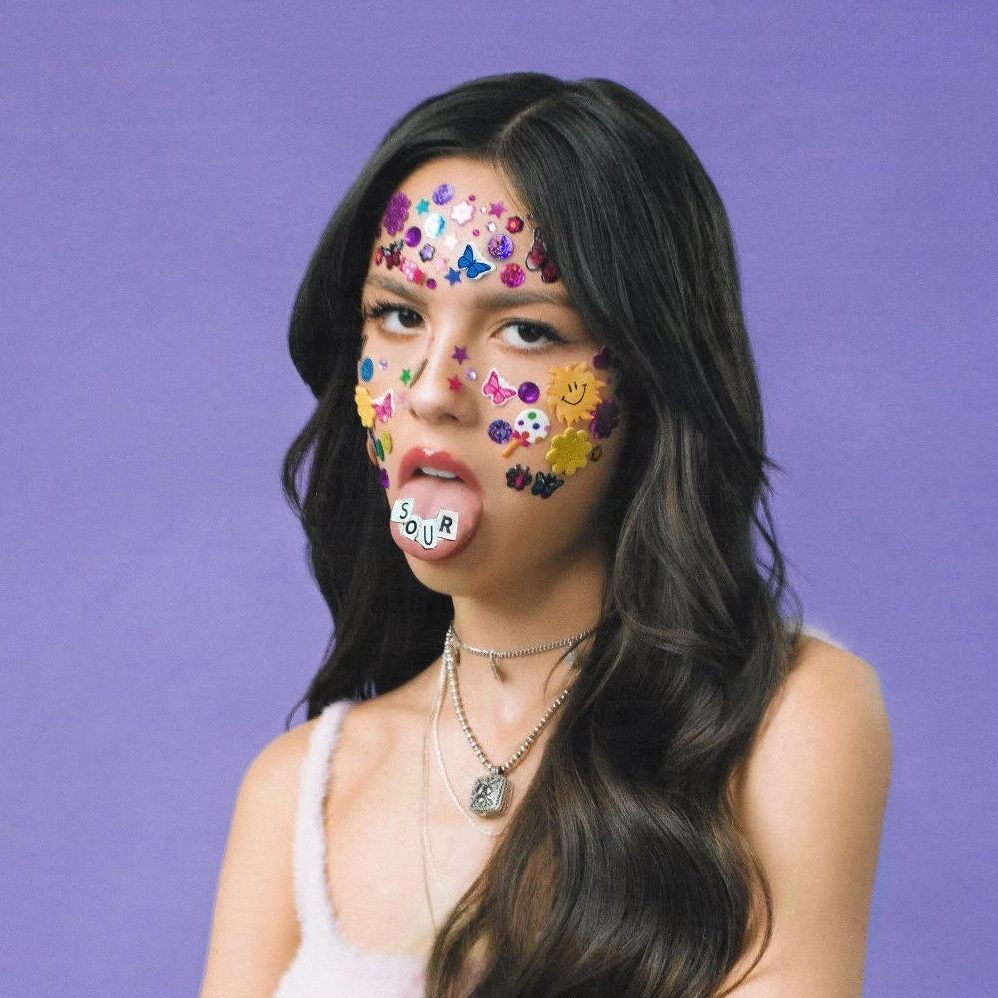 California native Olivia Rodrigo’s SOUR is the youth-filled, energetic, emotional bedroom album that every teenage girl at heart has been longing for forever, and it is truly spotless.

The album starts off with a treat for anyone who ever wished Freaky Friday’s Pink Slip was real. “Brutal,” an upbeat track about the misery of the so-called “best years of your life,” and all of the chaos that ensues is the vibrance needed to kick off Rodrigo’s debut with a bang. Feisty and energetic, Olivia Rodrigo will not let anyone confuse her honesty for helplessness. She is a fierce young woman – her vocals are powerful, her words cut like a knife, and she is letting herself be heard.

Following up is a crooning ballad, “traitor,” written perfectly to be included in the great big book of broken-hearted love songs. With her first single off of SOUR, “drivers license,” Rodrigo let the whole world know she was hurt, and she did it in the most beautiful, iconic melody. “Traitor” falls right into that same vein, and it is immaculate.

Prior to SOUR’s release, the twitterverse has been abuzz with discussion of who Rodrigo sounds takes after most – Hayley Williams of Paramore, Taylor Swift, Avril Lavigne, Lorde? And in response, there was a lot of frustration from Rodrigo’s fans (self-proclaimed “Livies”) surrounding the excess of comparisons. After hearing SOUR for the first time, these comparisons become understandable, in that they all refer to Rodrigo as the protege of a conglomerate of female powerhouses. In that sense, it is entirely true, she takes after them all. Her voice is strong, her lyrics stronger, and her personality shines through every second of every song. But that is also what makes Rodrigo so unique – she is so recognizably herself. Knowing who you are is tough, especially as a teenager, much less one in the spotlight, but she has pulled it off, and every song further shows that.

“1 step forward, 3 steps back,” is a softer, more airy letter to an ex-love about how stressful and miserable a relationship was in hindsight. Sandwiched in between “drivers license” and the TikTok hit “deja vu,” it feels like a very gentle intermission between waves of passion – it is a lull in the tide, and it’s one that still rings true with somber, yet gentle, emotion. The ebb and flow of the entire album is phenomenal – head-banging, badass, singing-into-your-hairbrush tracks like “good 4 u” juxtaposed against gentle acoustic guitars and achy lyrics like those in “enough for you” keep an eternal balance going through the entirety of SOUR.

The true highlight of Rodrigo’s debut, however, seems to be “hope ur ok,” a beautiful, compassionate note to childhood friends about the struggles Rodrigo remembers them facing, and how proud she is they made it, and how she still thinks about them. Eloquent, kind, and heartfelt, this track is the perfect ending to an amazing debut.

No one would expect this type of release as a debut album, especially from someone so young, because it is so refined beyond belief. Rodrigo manages to express every level of grief, frustration, growth, humor, peace, love, and much more within 35 minutes, and at no point loses her equilibrium while doing so. SOUR is most definitely the album of the year, and one that will be on repeat for years to come.