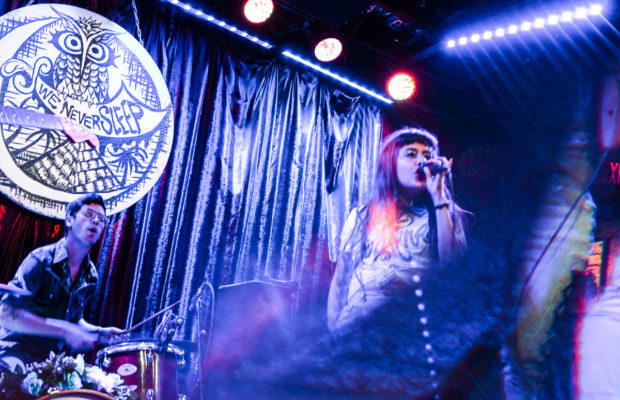 On Thursday night at Three Links in Deep Ellum, TX — a lively neighborhood in Dallas ’s entertainment district known for its vibrant street murals, quirky art galleries, and long-time concert venues for indie and blues — Fitness and Wild Moccasins were set to take the stage.

Fitness, aka “Fitness Was Taken” on most socials, is an aggressive synth-electro rock duo based out of Los Angeles, California. Formed by members Max Collins ( Eve6) and Kenny Carkeet (former keyboardist for AWOLNATION ) who met and bonded while watching Public Enemy together side stage at a festival in Syracuse, NY they are each other’s ying and yang— and this can be witnessed by their chemistry while on stage. Joining them on stage was Ben Hilzinger on drums, who also drums for Eve6. This dynamic trio had their fans going and singing along in the front while performing songs off of their Ep Aggroculture and their LP Karate.

Up next, and closing out the night, was Wild Moccasins— an indie-pop band with infectious rhythms, pulsating beats, and introspective lyrics that immediately pull you in from Houston, TX. With Zahira Gutierres at the helm with her powerful vocals, Cody Swann on guitar, and Avery Davis on drums, they had the crowd hypnotized — dancing, singing, and bobbing their heads along. Gutierres sang songs that the audience immediately knew including “No Muse” and “Boyish Wave” off of their latest album Look Together that came out in June on New West Records. Be sure to follow them on their socials and go to their gig if they tour near you. They are definitely a band I would want to see and photograph for years to come.