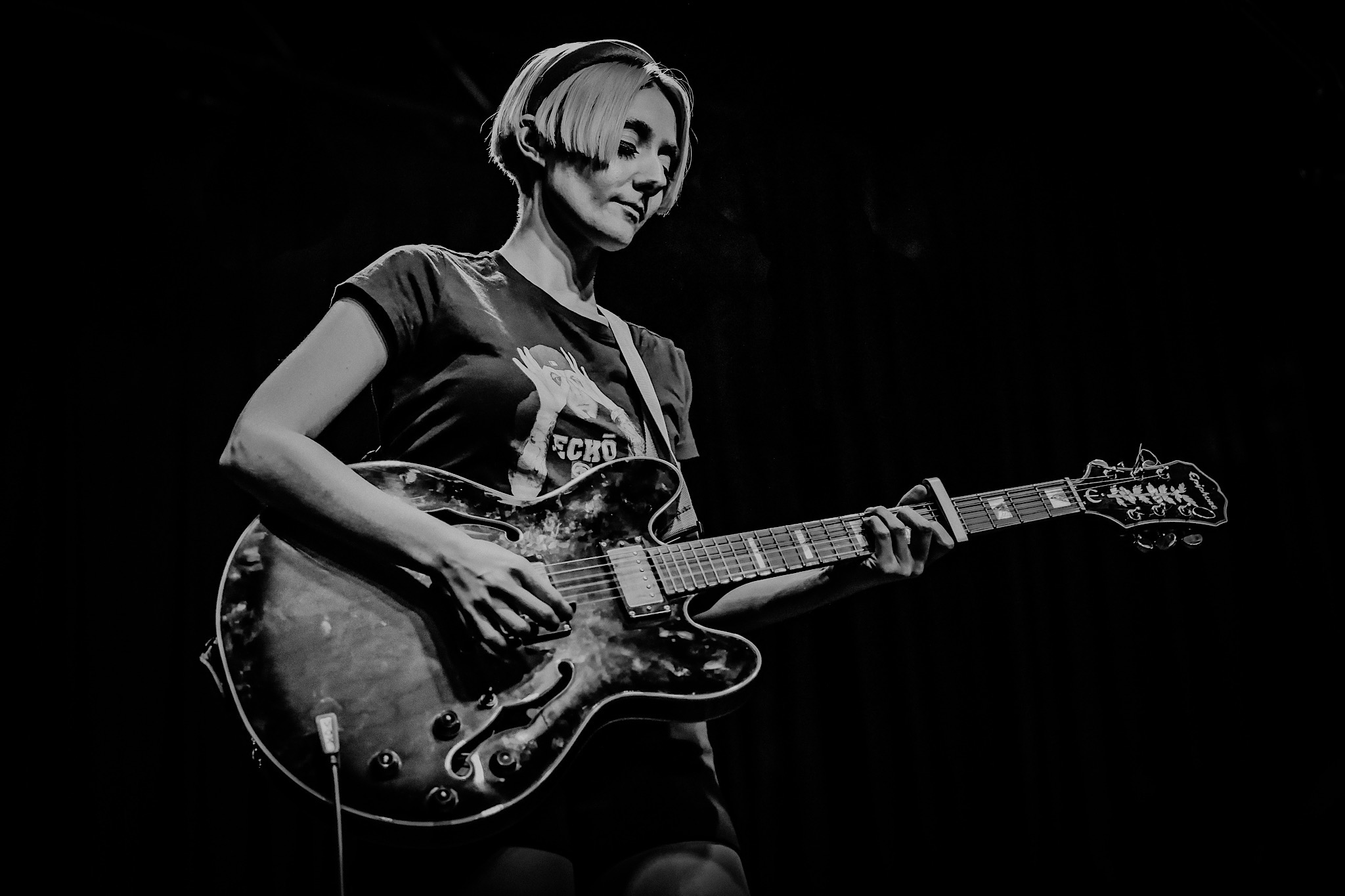 The Beachland Ballroom was packed with a diverse crowd Friday night to catch the vocal stylings of singer-songwriter Jessica Lea Mayfield.

Taking the stage first was the Angie Haze Project.  Comprising of 9 members and multiple instruments, this group played a set that pushed genres of music and incorporated some choreography.

The highlight of their set was a song called Smooth.  Vocally, it reminded me of Nora Jones with a bit of Liz Phair, with an element incredibly pure and refreshing.

Set as 2019’s Christmas Show, Jessica Lea Mayfield took the stage and played an hour-long set that stretched across her catalog.  She began her set by announcing “Ok, I’m going to play a song now.” The entire crowd was fixed on her and her band’s talent. Jessica went from one song to another practically flawlessly as if it was being played off an album.

Halfway into the show, while the Kent Ohio native took a moment to tune, she was asked by a fan in the second row “I just have to ask, is that Fred Durst on your shirt?”  Without missing a beat and a huge grin, she verified it was Fred Durst and that he was her musical idol and the reason why she got into music.

At the end of her set, Jessica announced that it would be her last song “unless you want me to do another one, and  then we will forget we had this conversation.” No one in the audience was ready for the show to end.

The encore consisted of Jessica performing 3 songs alone with her acoustic guitar including a new song she had written just two days prior to the show.  Jessica joked in a half-serious way that she would be happy to accept presents as she introduced “What All Have Ya Bought Me” as the first of three songs she played during her encore.  The singer-songwriter concluded the musically mesmerizing evening with a fan request, For Today.