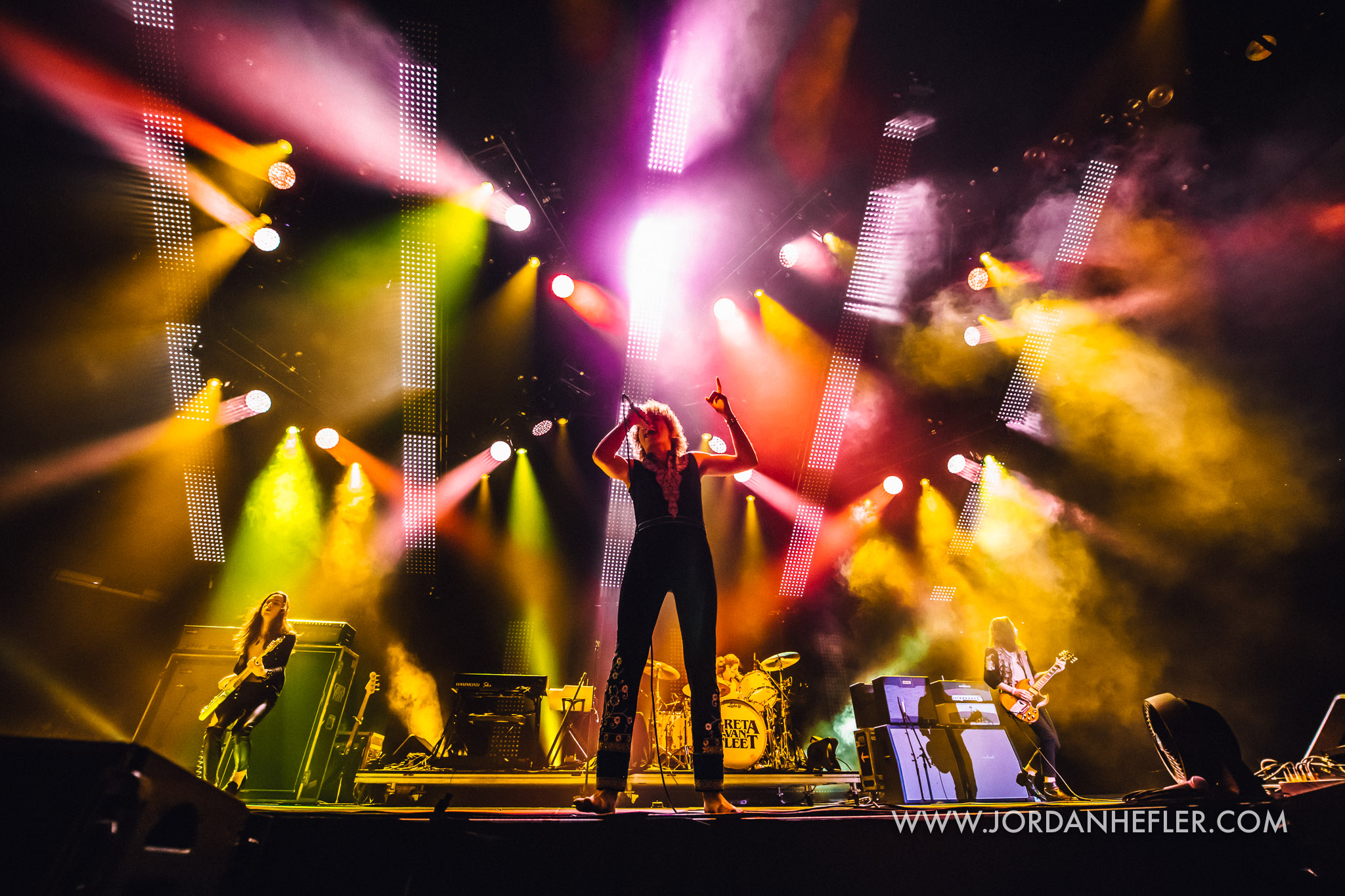 It seems that ever since I first heard of Greta Van Fleet about two years ago, they’ve been steadily making headlines. Between nonstop touring, commercial notoriety, and a Grammy award, this band has gained insurmountable popularity in a fairly short amount of time. Growing out of club type venues and into a worldwide arena tour isn’t something that most bands experience within their first few years of being a band, and after an electric December night in New Orleans it doesn’t look like Greta Van Feet will be slowing down anytime soon.

This December show was actually a rescheduled performance from an originally planned October date. I talked with some fans in the front row about it before the show and it became apparent to me just how popular Greta Van Fleet actually is. One guy expressed to me that this would be his 39th time seeing the band. A woman next to him said she had traveled to Australia to see the band, and even flew to Barcelona for a show just to find out it was cancelled. They showed me photos of visiting the band’s hometown in Michigan, and talked about how the fanbase has become a family of sorts. Mostly, they talked about how they really appreciate Greta Van Fleet’s message- Peace, Love, and Unity.

It’s impressive to hear all of this insane fandom and realize that these band members are all barely in their twenties, meaning some of their most popular songs were written when they were just in their teens. To see them perform live is another level of inspiration- Greta Van Fleet is a no-frills power house of a rock band. The maturity of both their stage presence and musical ability arguably surpasses that of most rock bands before their time. It’s no wonder that their fanbase is one of the most dedicated and diverse groups around.

On this particular night in New Orleans, you could see the diversity of age range in the packed arena crowd. Playing songs like “Edge of Darkness,” and “Age of Man,” Greta Van Fleet displayed a sound that transcended modern rock music and bridged the gap back to late 60’s-70’s rock music, which seems to explain how they captivated young teens, their parents, and their grandparents all at the same time under one roof. The band’s professionalism could also be seen by the way they conducted themselves on stage- you’d never know that they had been non stop touring by the amount of energy they radiated for the New Orleans crowd.

Playing through a handful of songs from From the Fires and Anthem of the Peaceful Army and returning after a triumphant roar for an encore, there were whispers in the crowd about new music coming in 2020. It’s hard to believe that hits they’ve had so far like “Highway Tune” and “Black Smoke Rising”  have only come from two albums. Between recording new music, public appearances, and touring relentlessly, Greta Van Fleet is living proof that hard work does pay off. Their music packs a punch and fills a void for rock fans who have been waiting for something modern to fill the void of “classic” rock. Definitely don’t miss them live in concert if you ever get the chance!