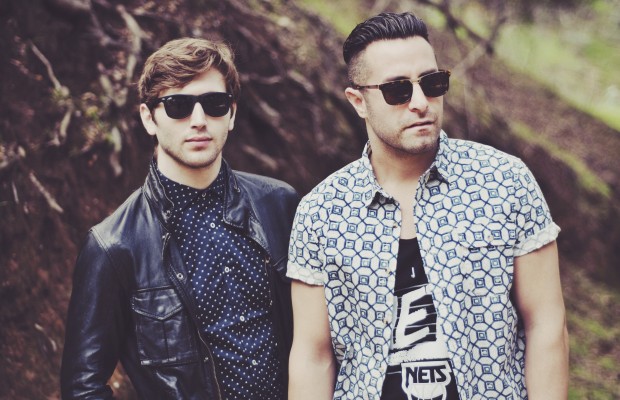 The Score is an upbeat indie pop duo from New York, NY which consists of Eddie Anthony and Edan Dover. We are super excited to present to you a guest blog written by the band in which they discuss the topic of what it means to make it in the music industry. Be sure to check out their single “Oh My Love” below as well!

There’s always been an odd fascination in popular culture with the phrase “we made it.” It’s as though some specific things are supposed to happen to an artist or band that would indicate that they are on their way to stardom, that they can now lay back at the pool, sip a martini and say “Look mom! I did it!” Over a decade ago, that may have been true. But as a band navigating the ins and outs of this insane industry and making many mistakes along the way, we’ve learned that what was once a clear track to success is now more elusive than ever. “We made it” is now more like “we are making it… in our own unique way.”

In the early 2000s and earlier, the music industry was a label-driven machine that pumped artists out to the public, bound for success. There was a universal track that went something like this: 1) Band X got signed to a major label (usually with a 7 figure record deal); 2) Band X was played on FM radio; and 3) Band X is touring to support that album (yes, album… the kind people used to buy). All you needed was to convince the gatekeepers of that machine to let you in.But technology f-ed that up. Everyone and their moms are making songs on their iMac’s, leading to an over-saturation of the market. Digital sales are failing to bring the revenues physical sales once did, shrinking the industry (and we may see it continue to shrink as people transition to streaming services, which have yet to prove they can pay as well as digital downloads). The internet has created multitudes of new ways to reach an audience, making “making it” more complicated than ever. Despite the endless possibilities, we’ve seen a few big ways that are working for certain bands and artists. A band’s vehicle to success is often what in turn ends up defining them and their music, and so we see bands splintering into several categories:

Some bands are just touring bands and they’ll rarely get significant radio play, but will sell out huge festival stages. These bands will have organic, loyal fan bases and will play medium to large sized venues and will tour extensively and will play every trendy music festival that spring/summer but will hardly, if ever, get radio play. Touring is one of the remaining lucrative avenues for income in today’s music industry. Some of our favorites bands/artists are in this category. We would hazard to guess that a lot of bands that influence other mainstream band/artists are in this category as well. Examples of bands like this would James Vincent McMorrow, The Head and The Heart, and Father John Misty.

Other artists and bands don’t have the live pull but can get massive radio play and score big on the Billboard charts. Artists in this category can literally go years without touring but the fact that they get consistent radio play, lucrative film and television synchs, chart on Billboard, and most likely are in the public eye in one form or another, allows these artists to “make it” without having to tour. Hiring radio promo or signing a label deal with a strong radio promo plan may be necessary. Working with a synch house can help get the ball rolling in synch world. Bands like American Authors, who were relatively unknown and then had a massive synch with “Best Day of My Life” made it to #11 on the Billboard 100 chart. They are an example of a band whose synch placement allowed them to “make it” without initially having to tour.

Other artists may not ever penetrate a mainstream audience but, thanks to the internet, make a direct-to-fan connection and carve a unique and profitable niche for themselves. A great example of this is YouTube. There are some artists that have millions of subscribers to their channels without even performing original music. Artists can monetize their channels based on the millions of views they have on their videos, and even land lucrative sponsorship deals with big brands. These artists can tour based on their large niche fan base and can make living from their YouTube channel alone, without ever needing to deal with a major label.

If you’re an upcoming artist looking to say “I made it,” we challenge you to do what we did. Forget that phrase and ask yourself what you want to achieve. Define your goals, understand your limitations, and pick the path that works best for you. And once you’re achieving those goals, maybe then you can post a humble brag to all your friends saying “I’m making it… in my own unique way.” Actually… go with “I made it, mom!” and a picture of you signing a contract in an office with some platinum records. You’ll get a lot more likes.