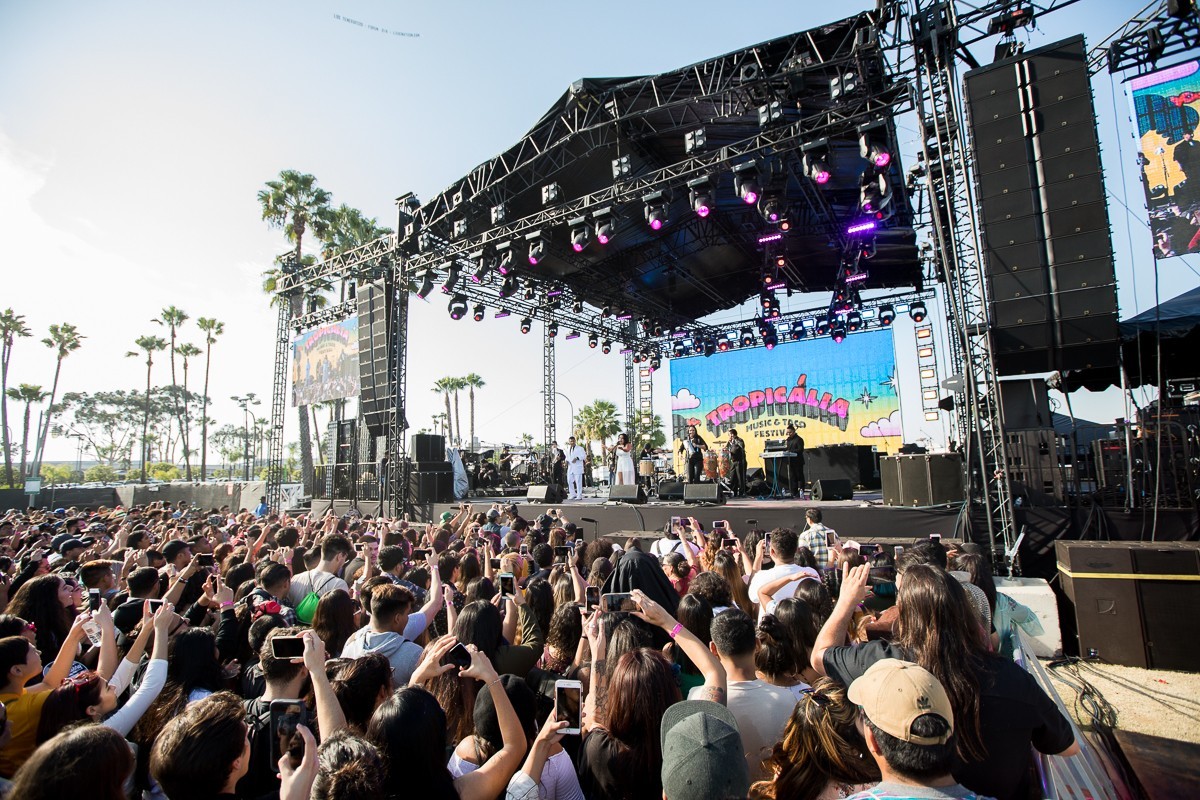 Tropicalia Music and Taco festival is returning to Pico Rivera Sports Arena Grounds in Los Angeles on November 9-10. The notable festivals has been offering Latinx millennials a festival filled with music that they are familiar with and some newcomers. This years lineup sees a strong return to the festivals Spanish origin as well as highlighting many up and coming indie bands. Saturday’s headliners include Los Tigres del Norte, Caifanes and Hobmbgres G and Sunday’s headliners include Kali Uchis, Chicano Batman and Cuco. While it’s easy to put the festival headliners on the top of your festival list, Tropicalia Festival has some hidden gems in the fine print of their lineup poster. Here are 5 bands/artists that you definitely want to make sure you check out at Tropicalia Festival.

Los Angeles natives, Kid Bloom, made a name for themselves by sporadically releasing a handful of tracks throughout 2016, culminating in the release of their debut EP, Different State of Mind. Ones To Watch describes the sound of Kid Bloom as “the epitome of ‘70s psychedelia-dipped pop.” Kid Bloom pushes the limits of modern psychedelic music and uses their discography to create the epitome of Los Angeles music.

Hailing from Montreal, Canada, Men I Trust, is an indie pop band making waves with their diverse range of beats. The band is made up of high school friends Jessy Caron and Dragos Chiriac, who reunited in the music department of their university and started the band. Their soothing, quiet yet powerful indie dream pop will be sure to get you grooving at Tropicalia Festival.

HUNNY is an indie pop band from Newbury Park, CA. They made a name for themselves in the California surf rock scene in 2016-17 through touring with bands like The Frights and SWMRS. Their grungy, dance pop was a welcomed start to each and every show they played. After years of touring in order to get their names out there, HUNNY, signed to pop punk powerhouse label Epitaph Records, and released their debut full length record Yes. Yes. Yes. Yes. Yes.  The debut record sees the band venture into more indie rock territory, with featured artists including Bleached. If you want to spend a portion of your time at the festival dancing around to some good tunes, make sure to check out HUNNY.

Many can agree that 2018 was very much the year of the indie sad boy singer songwriter. With bands like The 1975 and LANY rising to super stardom, smaller individual musicians are coming out of the woodwork to follow in those bands footsteps. One of those artists is Role Model. While this genre of music may be oversaturated, Role Model provides a unique listening experience through his thoughtful, relatable and unique lyricism and messages in his music.

Surf and skate rock is arguably one of the most vibrant and lively genres of music to see live. With mosh pits mock and cheap beer flying everywhere, there is no better place to be than at a Skegss set in Los Angeles, CA. The Australian natives are quickly making a name for themselves in America with their humorous, not too serious, surf rock vibes. Their live sets are always known for being rowdy, lively and a ton of fun so make sure that you check out Skegss while you’re at the festival!