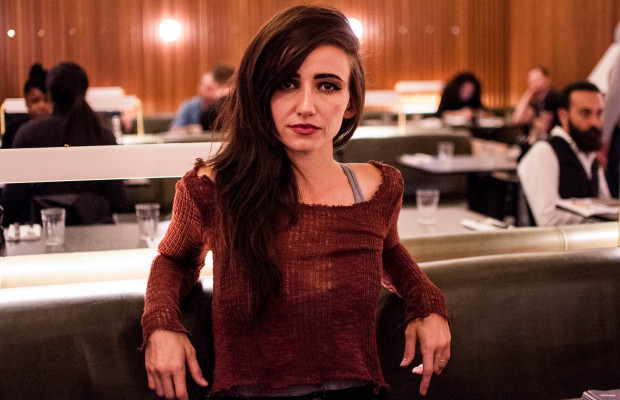 Introducing the “Lights Live Pass” on her last tour, a group of lucky fan photographers were given the opportunity to shoot her entire set, regardless of their equipment and past experience. Right before taking the stage for two sold out nights in London, Stitched Sound’s Rachael Dowd sat down with the wickedly talented Lights and she opened up about fan photographers and why she would like to continue her “Lights Live Pass” for future tours.

I stole the idea from the Arkells who are friends of mine and I have taken them out on tour a few times. They did a version of it on their tour where basically a fan photographer could come and shoot the show and they had these amazing photos they could post every night without a huge commitment from a photographer. It gave someone the opportunity to do something they love for a band that they are into.

It seemed like this really cool symbiotic thing – every night they were able to post great photos of their shows and the best way to promote a tour is through social media and showing people what they are missing. That was what I hoped it get out of it and that is what we did. Every night, someone would come and shoot the show and the next day, give us the photos they took and we would be able to post them on social media and promote the next night. It was fun and some people were better than others, but the fact is that people are getting experience shooting the artists they love and that’s what matters. It’s the fans that know the most – like the moments in the songs and during the set. If you were to just get a random photographer in, they wouldn’t really know what to shoot or what people want to see. It was a great opportunity for everyone. All of the photos were really personal because they [fans] know what they want to see at the show and what they want to take photos of.

I will probably do it again because it was a really fun experience. Just seeing the photos after and seeing what people captured was really great. Hopefully, they take something away from it too and get some experience out of it.

I think more artists need to do it. The photography world is really competitive so it’s important that everyone gets as many opportunities as possible.

Her brand new acoustic album, Midnight Machines, drops April 8th and is available for pre-order here. The music video for her single “Meteorites” can be streamed here.

Our full interview with Lights will be in our upcoming spring digital issue!

3 thoughts on “LIGHTS on Fan Photographers”