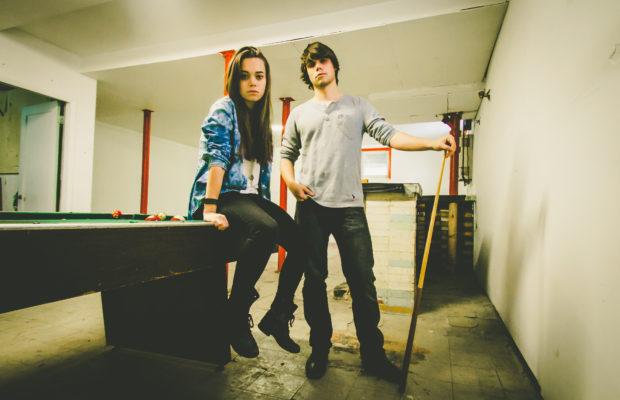 Have you ever had a job that you really, truly loved?
I certainly hope so.  I think everyone should try to structure their life so that they wake up more excited on workdays than on their days off.

I don’t know what I’d do without music; it is, without a doubt, my favorite thing.  Whenever I’m sad, or happy, or stressed, or bored, or whatever, I pick up my guitar and start playing and everything just gets better.  The fact that my sister and I have the opportunity to turn something we feel so passionately about into a career is something that I still think about all the time.  Basically, we’re as lucky as two humans can possibly be.

A quick aside: I’m usually not quite this meta, but it’s fall, and for some reason fall makes me get hella deep and kinda sappy.  Sorry for that.

But while I’m in a meta, sappy fall mood, I think it’s worth explaining what my favorite part about music is. Let me tell you, there aren’t that many parts of music that are anything less than stellar. I mean, you can complain about certain parts of the music world sometimes, but really, it’s a pretty magical thing to be able to do for a living. And my favorite part about music, no doubt, is the people we run into along the way. Music brings people together, and to me, that’s the most amazing part about living it. It’s a language everybody understands. It lets my sister and me connect with people on a level we would never reach otherwise. And it gives us the opportunity to work with tons of absolutely inspiring people around the world.

I mentioned before that when you take into account all the awesome parts of the music world, there aren’t very many downsides that can offset the coolness. Here’s the part where I mention one of those downsides: there are a lot of unsung heroes in the music industry. There are people who devote their lives to making an artist’s musical dreams come true, and a lot of the time, people don’t know about them or don’t realize just how much passion they pour into their work. Behind every successful artist is an entire team of these heroes, people who help the artist they work with in crucial, crazy, and sometimes unexpected ways.

Anyway, I’d just like to take this blog as an opportunity to thank all of the people who’ve helped my sister and I get this shot. Jocelyn and I are the ones everyone sees, but there is so much more to the operation.  Everyone thanks their fans, and that’s awesome, because fans are what make our world go round, but I’m going to make this blog about everyone behind the scenes.  We have a huge group of people who are constantly working on our behalf to make amazing things happen. Here’s to them!

Firstly, I’d like to thank David and Anna Bourgeois and the BridgeRoad Entertainment crew. They found my sister and me in the beer tent at a county fair just over four years ago, and have been working with us ever since. They’ve given us access to more resources than we thought imaginable, and their team is world-class. David is also our producer and our drummer; he puts in a crazy amount of effort on multiple fronts. And then there’s the rest of the Bridge Road Crew; Brett is like a wizard in the recording studio, Kiki could probably make a picture of a turd into the dopest concert poster ever, and Maura has now put together around a dozen national tours for us.  These guys are directly involved in everything we do, so if you like us, you like them too.

As managers do, David has a constantly-expanding network of even more amazing people, many of whom we’ve had the opportunity to meet, and some of whom we’ve even been able to work with!  It’s pretty crazy knowing that G Love and Gov’t Mule’s Danny Louis both recorded tracks on our album.  We grew up listening to those guys play, and now that we’re kicking off our career, they’re working with us!  It’s insane.  They’re amazing people, and they really brought their A-game to the studio.

I’d also like to thank Dayna, Becky and the peeps at Big Picture Media.  They’ve been our publicist for a long time now, and they’ve gotten us more opportunities with press than you can imagine. Becky hooks us up with multiple interviews a week.  She’s the one who connected us with Stitched Sound!  Every time we can get our name out there makes a difference for our career.  BPM has also helped us out with tv appearances all around the country, including places like San Diego, NYC, Vegas, and a bunch of others.  If you’re reading this, it’s because of them.

And while we’re talking awesome opportunities, we definitely need to recognize Brian and Matt at Agency Coalition.  They’re our booking agency, and they make things happen that I didn’t believe possible before we started working with them. They’ve given us playing opportunities in theaters and amazing venues across the country, including the Hotel Cafe in Los Angeles and The Howard Theatre in D.C., and they’ve also arranged shows with bands like Here Come the Mummies, Delta Rae, and even Vertical Horizon!  And if that’s not good enough for you, they also represent Sir Mix-A-Lot, which on its own is enough to win me over.  Agency Coalition is the bomb.

Another unsung hero of anyone’s music career: the radio promoters.  We’ve got an amazing team working with us.  David Avery (and his team at Powderfinger) is helping us push to a wide variety of formats, and Brad Hunt at the WNS group is focusing in on AAA and Americana radio.  Together, they’ve helped us hit #139 on the national AAA charts.  Even more than that, we debuted at #17 on the Relix Jamband top 30, and we’ve stayed on for 5 consecutive months, rising to #14!  It’s amazing to me to think that there more than 160 radio stations around the country that are playing our music.  Radio promo is really damn hard, and Jocelyn and I are very lucky to have such a skilled and dedicated team. They make things happen.

Jocelyn and I also have an amazing group of lawyers working with us in some way or another.  Both Paul Rapp and Steven Beer have lent us their assistance in many ways.  I always thought lawyers just kind of lurked around in the background and helped out whenever there was some sort of legal problem that needed solving, but working with those guys has completely changed that perception.  They’re kind of like the glue that holds all the other parts together, and they do a really damn good job of it, too.

And it would be pretty lax of us not to thank the people at EdgeTV.  If you aren’t quite sure what EdgeTV is, they’re a television network out of LA that does all sorts of amazing stuff you would love to check out.  They’re amazingly supportive of the arts, and after bringing us on their network as influencers, they got us a show at the legendary Viper Room in LA and produced a sweet video about it.  They’ve helped us out in so many ways, you can’t even imagine.

Lastly, probably the two people who’ve helped us get where we are the most: our parents.  They’ve been all for us living our dreams since day one.  We grew up hearing things like “You can do anything you want, as long as you try your best!”, all of which had a huge impact.  There is no doubt in my mind that if it weren’t for our parents, we would not have any of the opportunities that we have today.  I think everyone we know would say that we hit the jackpot.  I’d agree with them without a doubt.

I wish I had unlimited space, because there are so many more people who’ve helped us out at some point along the way, but this seems like a pretty good place to wrap things up.  That’s sort of our core team.  I apologize if you didn’t make the list—we didn’t forget you, I promise!

So you see, there are a lot of moving parts to this operation. Building a music career is a lot of work, and it would be pretty impossible for us to do it ourselves. But luckily, we have this crazy awesome team behind us, and we work together to make it happen. It’s worth noting just how much cumulative effort goes into making and promoting our music, effort that for the most part goes unseen. Just know that when an artist steps onstage at a show, odds are they’ve got a serious squad who worked for ages to create that situation.

And if right now you’re thinking all this sounds super cheesy, it totally is. But you know what? That’s another one of my favorite parts about music. You can usually get away with being as sappy as you want, because you’re an emotional artist and people usually let that kind of stuff slide when it comes to musicians.

Before I fully finish off, I’d like to thank Stitched Sound for giving us the opportunity to commandeer their blog for a little bit.  I don’t think I’ve ever gotten a guest blog with the prompt “write about whatever you want”, so I really appreciated the opportunity!  I know this has been a pretty thanks-heavy piece, so far, but this last one is really important.  Thanks, Stitched Sound!  You guys rock. (: