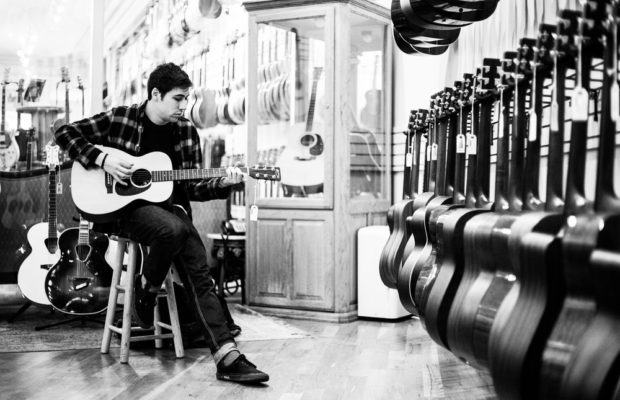 Cleveland, Ohio based band Signals Midwest just wrapped their tour across North America, promoting their new album, At This Age, that was released back in September. Taking some time out of their busy schedule, vocalist and guitarist Max Stern opened up about falling in love with music as a kid and realizing he wanted to pursue a career in music.

“I fell in love with music from an early age, from playing air guitar along to records as a small child and arranging my pencils on my desk as piano keys and pretending to play along to my favorite songs. It was always there, but I don’t think I really thought of it as a viable thing to pursue until I discovered Jeff Rosentock’s music. I was about 14 in 2004 and just started to play guitar and getting into the worlds of ska and punk and alternative music, and I found his Bomb The Music Industry project on MySpace. I fell in love with those songs – the hyper-lyrical intensity, the crazy start-stops, the catchy choruses about truly relatable banalities and triumphs – I just fell for it hard. Then I realized he was putting it all online, for free, and doing shows and booking tours without a middleman. Something clicked in my brain and from that point forward, I’ve been motivated to write music that is fun, personal and cathartic.”