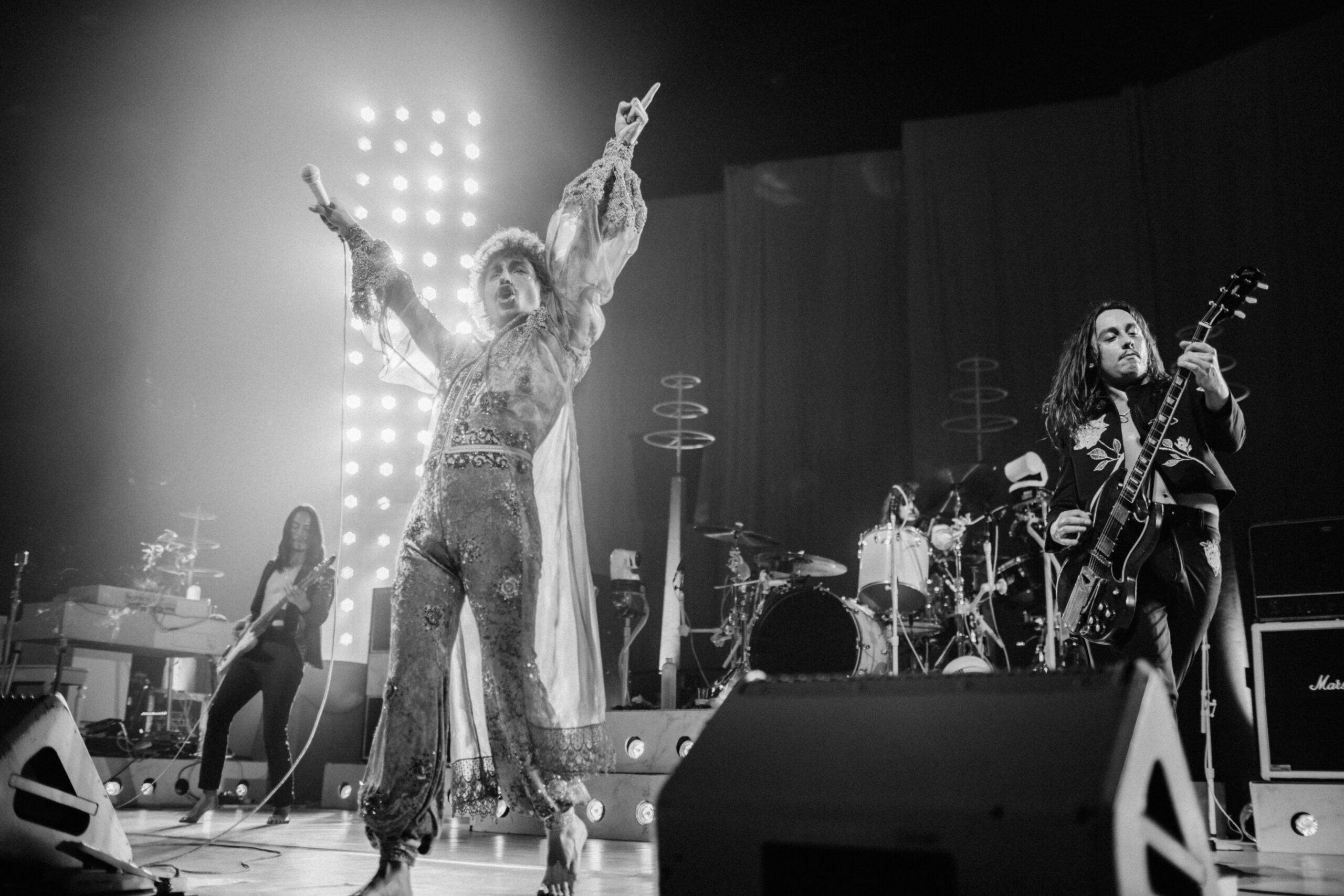 This past Saturday evening in the heart of downtown Cincinnati, Greta Van Fleet made their way to Heritage Bank Center to play a show that had been rescheduled from their tour Dreams In Gold earlier in the year.

Since the show had been rescheduled, the anticipation for the show continued to build over the past few months. Greta Van Fleets fanbase has grown even more within the past year where die-hard fans are starting to camp overnight in order to guarantee their spot at the barricade. Fans stated that waiting in line is worth it to be so close, especially for their all time favorite rock band.

Boulder, Colorado based rock band, The Velveteers, kicked off the evening with such high energy that everyone in the arena quickly focused in on their set. During their song “Choking,” lead singer Demi Demitro, jumped onto the drum set while playing her guitar and the crowd began to cheer.

Up next was Rival Sons, hailing all the way from Long Beach, California. They began their set with “Electric Man,” and the crowd began to get into the groove. Their set sent waves of energy into the crowd, preparing everyone for an unforgettable night. I would have loved to see them play more.

A little after 9pm, the lights dimmed and the crowd began to roar. Their intro started with a short monologue by Josh Kiszka that went directly into their song “Built by Nations”. The curtain dropped and fans that had waited so long for this day began to shout and cry tears of joy.

After playing a few songs, the band went into performing a fan favorite “Safari Song”. People were dancing around and head banging along. As the song ended, drummer Danny Wagner, went right into playing a drum solo that left the crowd cheering in awe.

They ended their set with “Age of Machine,” and “The Weight of Dreams,” which transitioned into one another seamlessly. Jake’s guitar solo had fans jumping up and down. Both songs are relatively long and it was fascinating to see the band after almost two hours still playing with just as much energy as when they started. The lights dimmed but the crowd still wanted more.

As the fans shouted for an encore, Greta Van Fleet returned to the stage to play “Age of Man,”and an extended version of “Highway Tune,” where Jake had another guitar solo and harmonica solo. The band played for about another forty-five minutes and fans all across the room were smiling ear to ear.

Greta Van Fleet is one of those bands that you must see live at some point. Tickets to their fall 2022 tour can be found here.