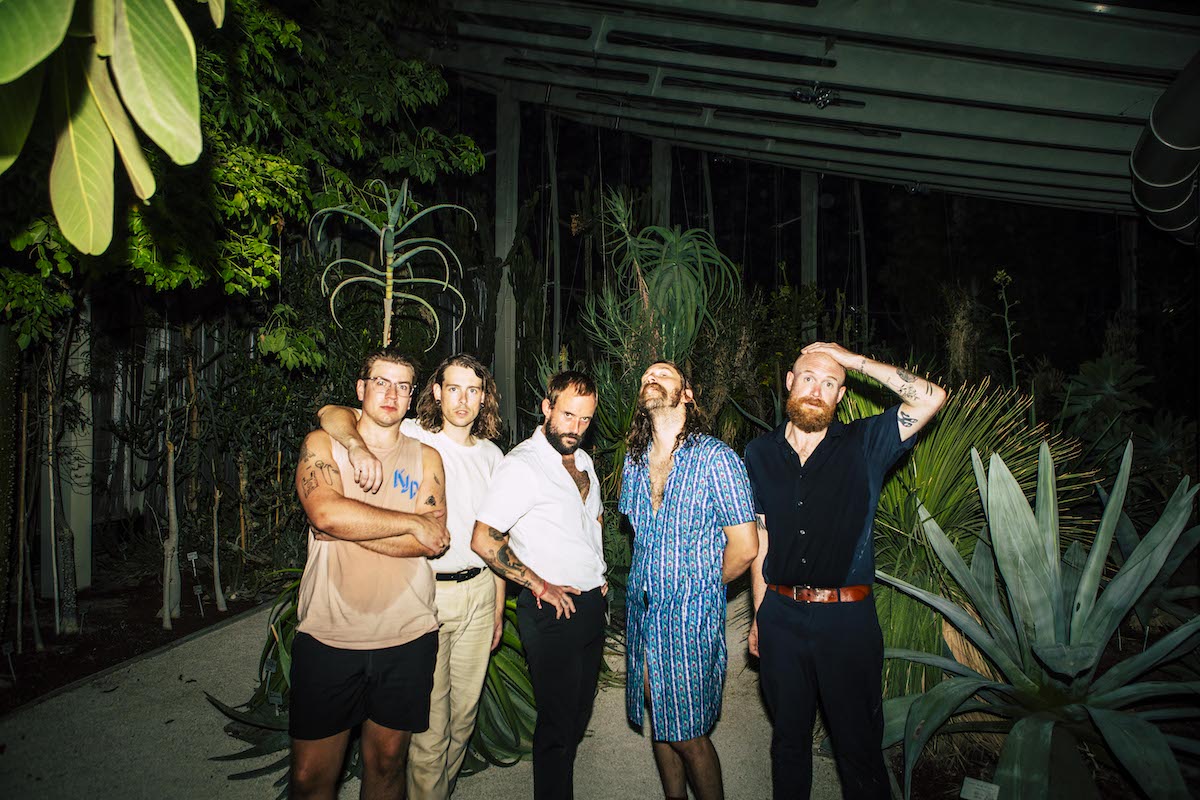 IDLES’ new album CRAWLER was released last fall and cemented their status as one of the most important bands making music today. Coming on the heels of their first ever Coachella performance & an appearance at last weekend’s Lollapalooza, the band have shared a new music video for album highlight “Stockholm Syndrome” ahead of their upcoming North American Fall tour.

Speaking on the video, directors Charlotte Gosch and the band’s own Lee Kiernan explain, “The process of making the video was very fulfilling for the both of us as we were able to physically create what we were imagining. Both the masks and shapes were handmade and painted by ourselves and friends. Working with our DOP Rob French we were also able to realise the long shots of each verse and the opening scene of the dancers. We both love the exhaustive and immediate feeling that a long shot can convey, like in Gus Van Sant’s Gerry, which we referenced quite literally. The initial idea of the video was to try and visualise the monotony hell of having to work to survive and how the ‘machine’ eventually engulfs you and strips you of your freedoms. But we wanted to achieve this in a metaphorical way that kept the meaning as open as possible. So it becomes rather a visual representation that can be read in many different ways.”

CRAWLER was produced by IDLES’ Mark Bowen alongside Kenny Beats and marked a real turning point in the evolution of the band, adding a whole new dimension to the music the Bristolian five piece make. You can connect with the band via the following links and check out upcoming tour dates below. Photo credit: Tom Ham. Bio taken from press release.