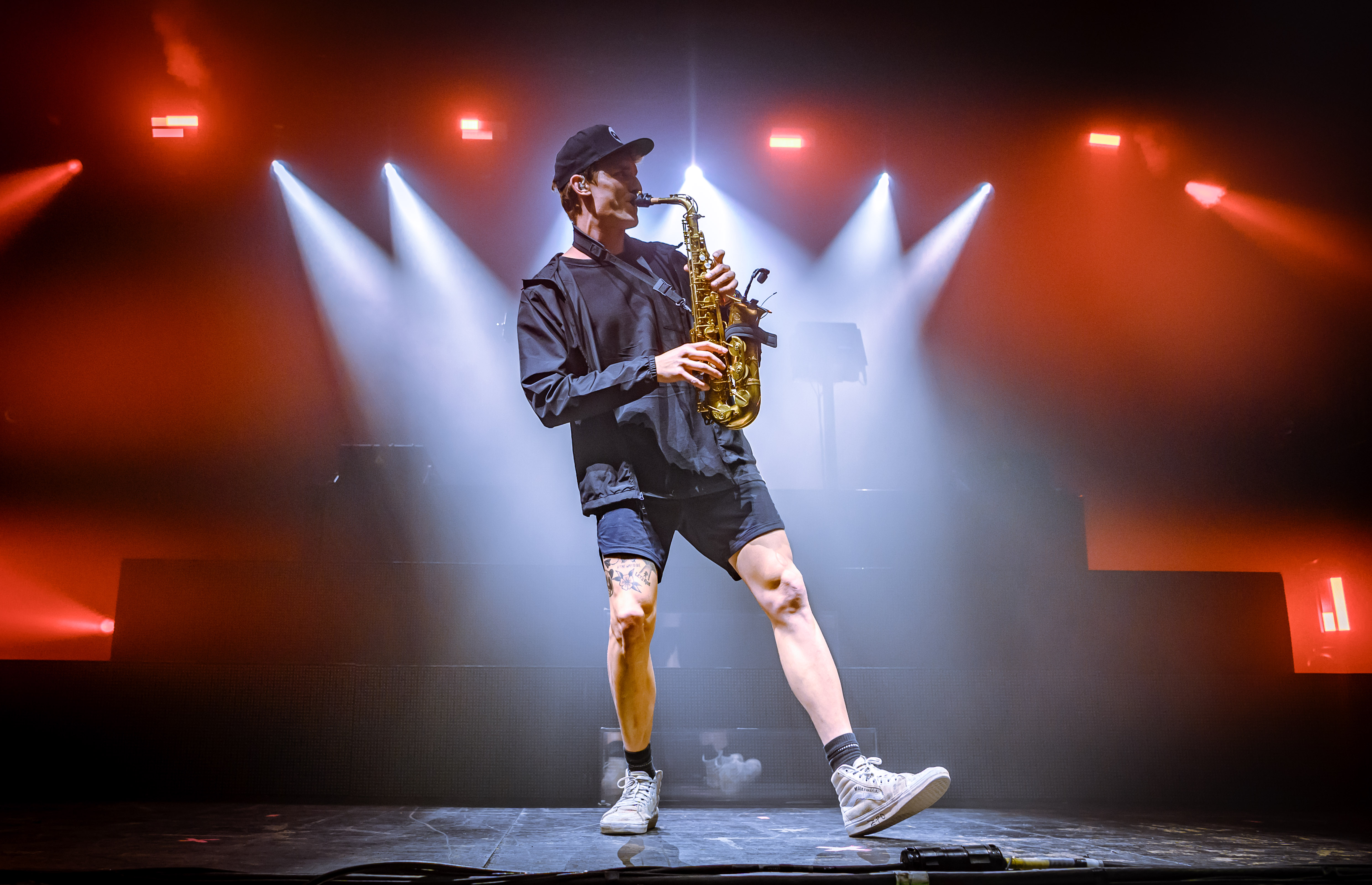 GRiZ with The Funk Hunters

It was a cold October evening in Salt lake City, but that didn’t stop excited concert goers from packing one of Utah’s premier concert venues, The Complex. Griz once again made his annual stop to SLC, and no one was complaining about it. As people kept filling the Complex, the Funk Hunters opened the night off with unique beats and awesome visuals. This DJ duo from Canada produced an electronic music act. Straight from their bio, Nick Middleton and Duncan Smith “[have] cultivated their signature sound by creating forward-thinking electronic music that is influenced by old school funk, soul and hip-hop.” They brought an amazing show to SLC with fans packing in long before the main act was going to hit center stage.

Once the venue was nearly packed, the lights cut out and Griz took the stage; the SLC crowd erupted with excitement. His stage consisted of several layers of amazing visuals and digital elements. Not only did he bring astonishing visuals, but he also brought out a few talented friends like Chrishira, lead singer. She brought an angelic vocalism to Griz’s heavy beats that lilted above a dazed but enthralled crowd. Muzzy Bear was also a feature; an artist who treated SLC with his guitar and vocal talent. Throughout the entire performance, the production was top notch. Ive never seen such quality production brought to The Complex as the high quality lasers mesmerized the crowd and the music hypnotized everyone into a Griz trance. Ive seen Griz a handful of times, but this show was one of the best. I can’t wait to see his production the next time he rolls through Utah.