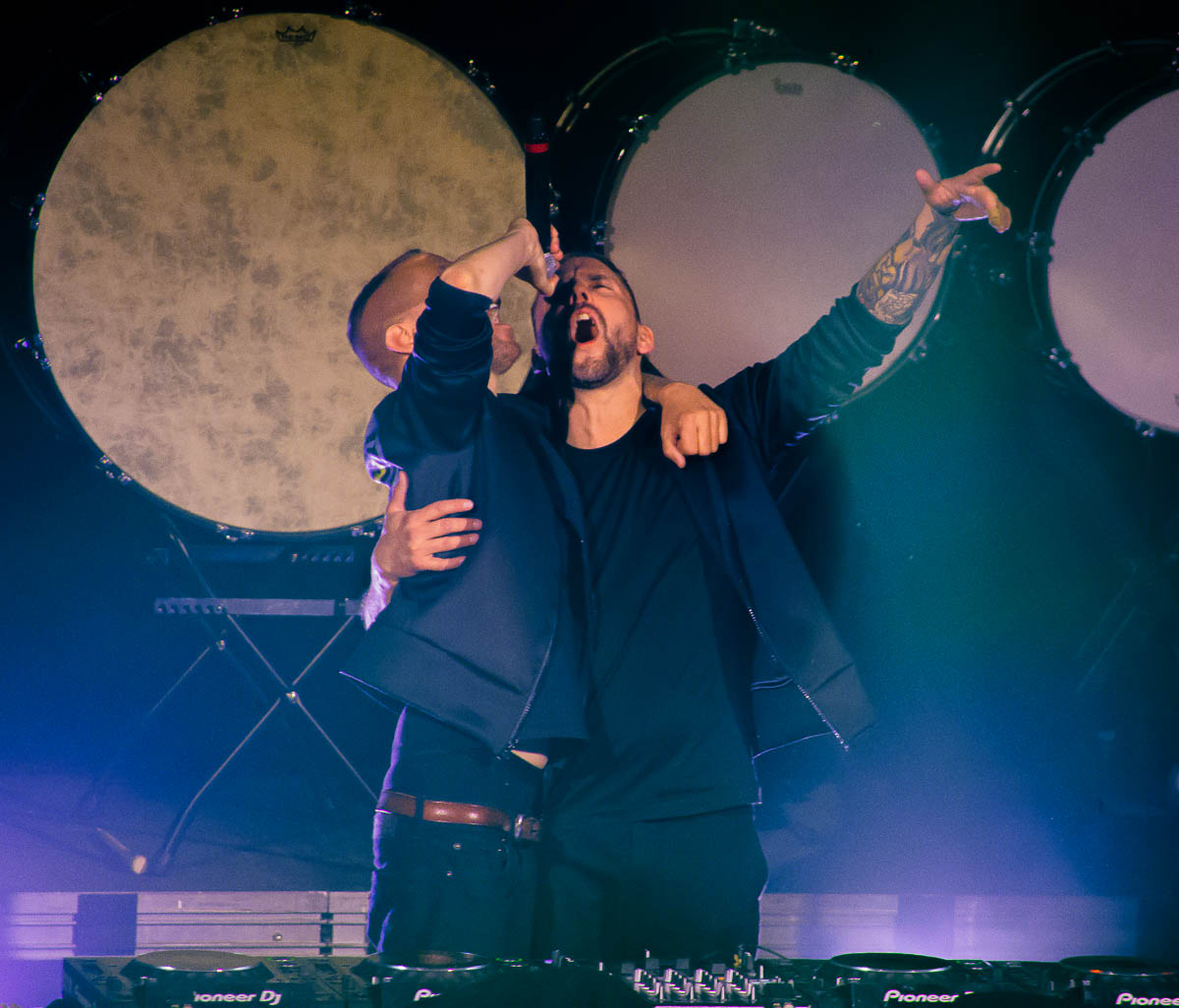 Galantis with Jason Leech and Ghouligan

I have always loved covering EDM shows, with their fun atmosphere and amazing light shows, so it was a treat to get to cover Swedish EDM duo Galantis when they performed recently in Louisville.  The venue was packed this evening with fans who were ready to dance and have fun, and dance and have fun they did!  Although there was a sizable group of people on the floor, huddled together between the barricade and sound booth, there were many people off to the side, in the balcony and towards the back of the venue who were dancing with others and alone, as though they were at a rave.  Christian Karlsson and Linus Eklöw know how to entertain a crowd and made sure everyone had a great time this evening.  Walking out onto the stage onto a semi-enclosed platform, they walked up to the front of the platform, each with synthesizers in front of them and drums to their sides, and had the crowd dancing from the first note.  Behind them, towards the back of the stage, was a large screen that displayed song lyrics, music videos and fun and colorful designs throughout the set.  The light show this evening was incredible, with a variety of colors, sometimes solid and sometimes a mix, that added to the overall experience.  Aside from singing, Karlsson and Eklöw also played the drums…the sets that were to their sides on the platform, as well as a line of drums facing out behind them, adding a nice dimension to the live set.  There were also several times that Karlsson jumped up onto the top of the platform to interact with the crowd.  The duo recently released their latest album CHURCH and performed several new tracks such as “Bones”, “Holy Water” and “Faith”, with images of Dolly Parton, with whom they covered the track, playing on the screen.  They also performed older hits such as “Gold Dust” and “You”.   Towards the end of their set, they both stood on the top of the platform and held up two banners-first a bright pink banner that had their skeleton hand graphic making a heart and then another bright pink banner that had the hashtag #seafoxnation We Love You!  Early on in their career, the duo gained a Galantis mascot, a Sea Fox, which was the brainchild of visual artist Mat Maitland.  The banner was an ode and thanks to their many fans who support them and their music.  It was a lovely way to end the show!  Galantis puts on a dynamic and phenomenal live performance, complete with lights, drumming, crowd interaction and confetti cannons (which went off twice!)!  From beginning to end, their set one one giant party, and the crowd gladly went along for the ride!  Opening the show were local DJs Jason Leech and Ghouligan.