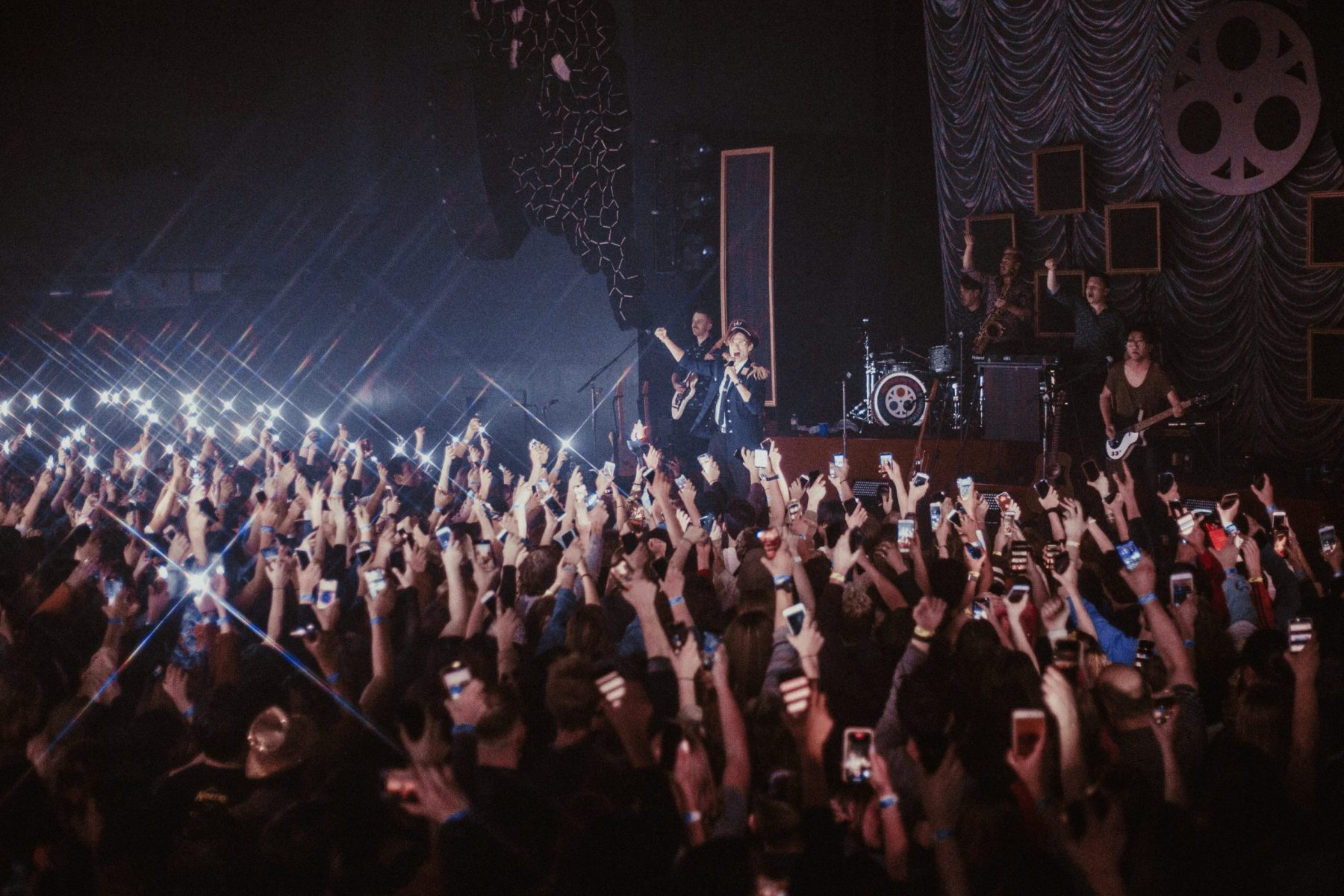 With the venue packed like sardines, Saint Motel completely sold out Emo’s in Austin on the first leg of the Motion Picture Show tour. Opening for them was Kolars, a duo featuring vocals, guitar, minimal percussion and sporadic tap dancing. They were a very fitting opener for the rest of the show to follow.

Full of costume changes and unique graphics creating depth beyond the stage, The Motion Picture Show lived up to its name. Frontman AJ Jackson shifted from gentleman to dictator to astronaut at the drop of a hat, adding a nice visual to go alongside the band’s very story-driven music. The crowd hardly let up even at the edges of the room, and the show gave everyone many chances to participate and keep the energy flowing.

Saint Motel is quickly gearing up for another leg in Europe, but with plans for this release to be part one of three, don’t expect Saint Motel to be quiet for long.