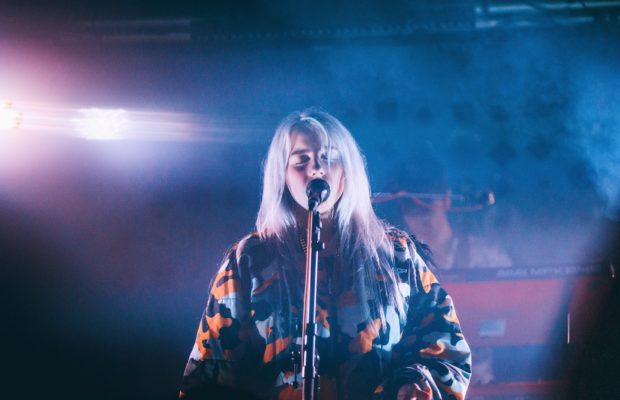 It’s not everyday one gets to witness a pop star in the making. When you listen to Eilish’s smartly written, dark pop ballads you may not assume that the singer is a mere teenager. Her sound is reminiscent of someone with years of experience, which makes her age, as well as the fact that about a year ago she was relatively unknown, shocking. Just this month, Billie Eilish ventured off on her first tour.

If there was a way for a venue to be more sold out than simply sold out, that was certainly the state of Baby’s All Right. Before doors opened for Neon Gold’s Popshop with Billie Eilish an extensive line could be seen wrapping around the Brooklyn venue’s cafe and restaurant. As well as Eilish being young, she has a young fanbase; this dispels any rumor or assumption that young people don’t have good taste in music. Many teens and tweens were hauling around loads of neon colored merchandise, and some were excitingly looking forward to what would be their first concert.

The “Ocean Eyes” singer played down to the last minute of her set. Even when the show ended it was difficult to maneuver around the massive crowd of people waiting for the possibility of an encore or to secure one last glance at who will soon become the next pop sensation.