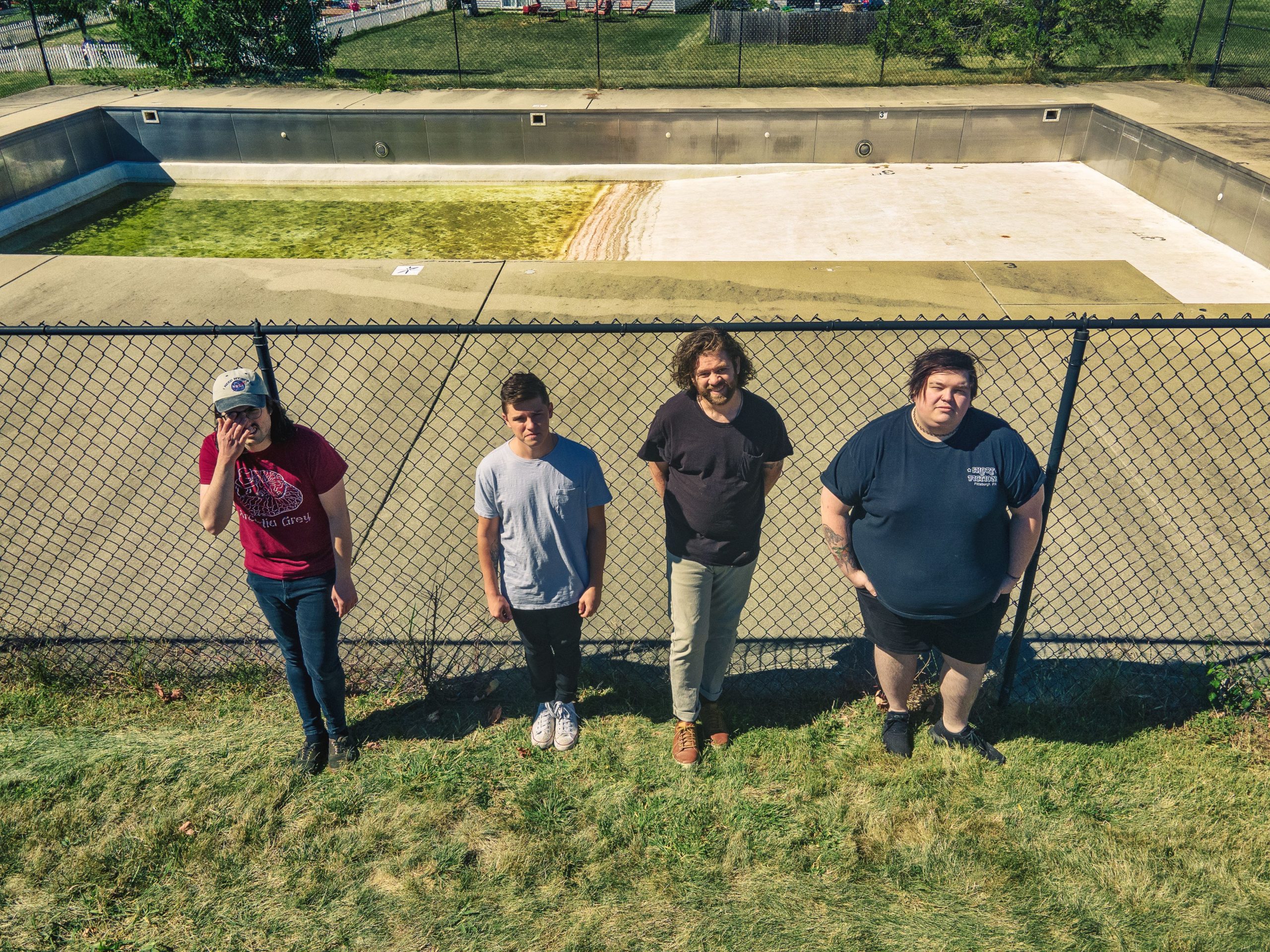 Over the years, we have seen an evolution within the indie rock community. Bands that are alternative rock but have emo ties are coming together to blend and blur the lines within the respective genres to bring fans something new and refreshing; the overall goal to revitalize a scene that sometimes struggles to be heard is evident. Having said that, Plans’ EP No Swimming is an alternative rock EP that verges into these subgenres and demands to be heard by everyone.

Plans, an up and rising rock band since late 2014, began to catch fire in 2015, securing an opening slot with Beartooth at a house show in Terre Haute, Indiana. Drummer Sebastian Ritchey told Stitched Sound that “we didn’t tell people we existed until the day of our first show. We literally made our Twitter account on the drive there.” Shortly following that show, the band released their first extended play Ending//Starting, which caused an uproar within the Indianapolis music scene. Since then, they’ve gone on to release a second EP, Loose Ends, as well as their debut full-length Get The Bad Out last summer. They’ve toured with 7 Seconds in Heaven, Absinthefather, Bogues, Summerbruise, and Keep Flying and have now capitalized on their momentum with their best piece of work to date: No Swimming.

The opening song “Bleeding”, perhaps the softest song out of the bunch sound-wise, gives an idea, lyrically, of what to expect on the rest of the EP: “the world is bleeding and all my friends are haunted or bleeding too”. It portrays a pretty fair summation of what most, if not all of us, have felt over the course of this crazy year. Vocalist Cody Almond uses his voice to take everyone on a roller coaster ride of emotion, pulling back into a quiet tremble on the verses, then unleashing his gritty, raw, emotional scream on the choruses while him and guitarist Stanley Fryman chug away on the guitars such on the songs “Sleep” and lead single “Do You Feel Anything”. Fans of the band will notice how “Sleep” was rerecorded for this EP. Found on their first EP Ending//Starting, the newer version is played a little faster and harder; it sounds exactly the way it does when played live. “Unsettled” and “Problem” deal with growing pains and finding a place to breathe when things get to be too much. Nevertheless, the EP ends on a hopeful note with the words “You are not your flaws, you are incredible by your own design”.

Overall, No Swimming will attract a wide audience. The project that deals with growing up, learning how to deal with being uncomfortable, and finding hope even when it seems impossible. Everything from the lyrics to the sound and production is top notch, and it leaves one wondering how this band isn’t bigger than they are. Plans is truly something special and different and should be given the utmost attention; not just for this EP, but for their entire discography.