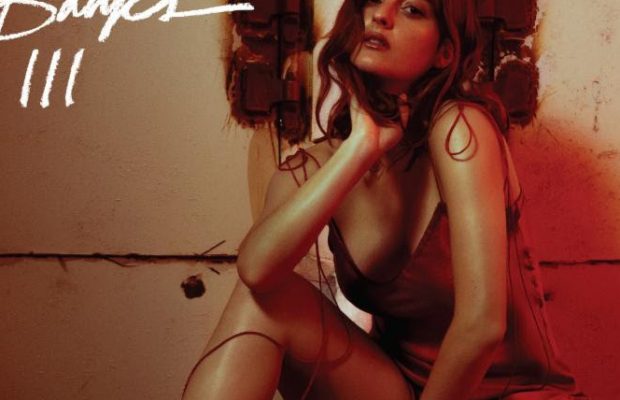 Her name is Banks and her third album is the most mature and confident she’s ever sounded. Banks music has always been a little confusing. Her 2014 debut Goddess felt like a blend of many musical trends and with a few exceptions Banks never really stood out for the other R&B pop stars of her class. A sophomore album and three years later we get which III, which I feel like perfectly displays everything Bank’s has. In III Bank’s not only explores lyrically, but musically mixing traditional R&B beats with relaxing tropical beats and interesting almost cartoon-like sounds that shouldn’t work, but do so well. Mixing this with her the emotional lyrics of many of the songs it almost feels like a wave washes over you as she sings with open and honesty. She’s taking a risk and it’s paying off. I’m sure I don’t have to tell Bank’s any of this because III tells me that she knows.

This confidence shine’s immediately in the second track “Gimme”, a forward song that demands your attention and makes you feel like you’re that bitch. This confidence is throughout the album. My personal favorite track “Contaminated” is a song about infidelity and forbidden fruit, which isn’t something that I typically relate to. However, “Contaminated” lacks the whiny desperations of other songs with its theme. Painting the mistress, our heroine of sorts as not someone to be pitted but someone who is addicted to love and just a sad situation. It’s a bold and honest move like this track that has III transcend Bank’s previous work and should really shake things up her contemporaries. Not only is musically and lyrically is Banks pushing herself with this album, but you cannot deny that she’s doing so vocally as well. In “Look What You’re Doing To Me (featuring Francis and the Lights)” Banks shows off her vocal strength. While not the most lyrically complex song on the track it highlights Bank’s voice so well and her pairing with Francis Farewell Starlight for making it a fun listen and very theatrical.

Overall III is a bold experiment from start to finish that I feel solidifies where Bank’s stands as a pop star while also making great strides to challenge her genera. Not only is III an excellent album, but also it almost feels like a power move. Checkmate.