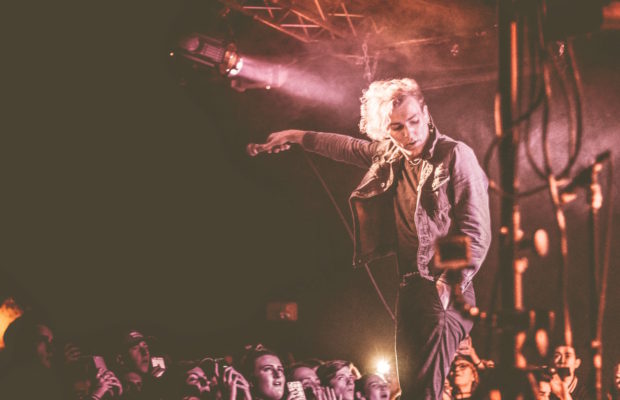 As the rain lightened and the sun set on an autumnal Allston night, the doors to the Brighton Music Hall opened. The sold out crowd flooded into the small neighborhood venue and within time the lights dimmed, the house music quieted, and COIN took the stage.

It was a moment a year in the making, as the last time COIN performed in Boston was the preceding fall, playing just around the corner at Great Scott. The Nashville-based band, comprised of Chase Lawrence (vocals & synths), Joe Memmel (guitar), Zachary Dyke (bass), and Ryan Winnen (drums), are currently touring North America in support of Bad Suns’ Disappear Here tour. But, although they were openers, COIN managed to draw a sizable fanbase of their own into the music hall; and those who did not enter with an affinity for COIN, certainly left with one.

The Boston show fell in the middle of the tour, so each band seemed to have already gotten into the rhythm of things. With energy and vibrancy, COIN began their set by playing “Atlas”, the first track on their self-titled record. After jumping and dancing and fans screaming along to every lyrics, the set came to an end with “Fingers Crossed” (a tune that also appears on their debut album). In addition to these songs, the indie-pop band also gave a much anticipated taste of what’s to come by playing unreleased tunes “I Don’t Wanna Dance” and “Boyfriend”, along with the recently released single “Talk Too Much”. As COIN exited the small stage, crowded with two bands worth of gear and instruments, the crowd was ecstatic.