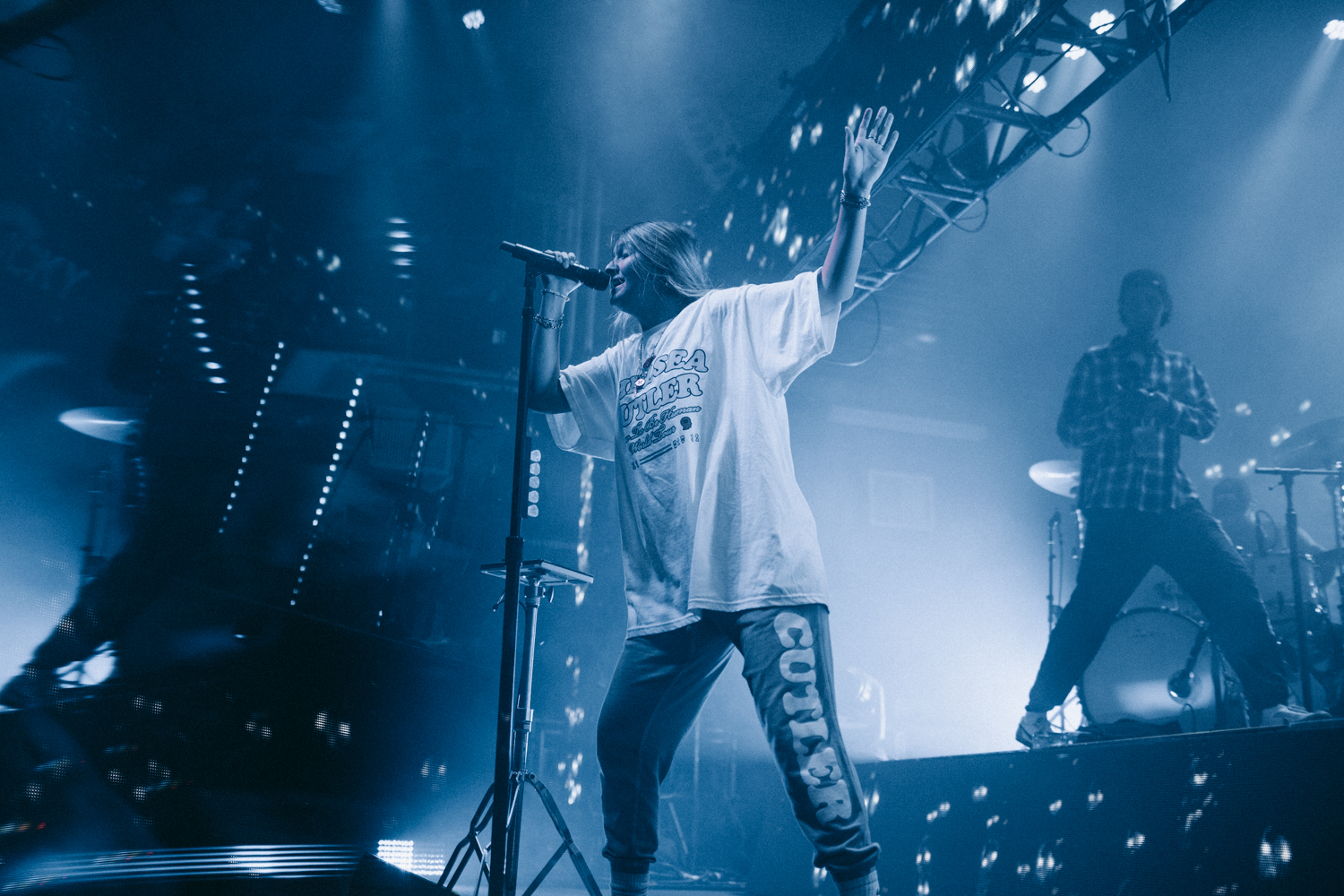 Chelsea Cutler, EDM singer, made her way to Louisville, Kentucky with guests Alexander 23 and X Lovers on her tour How To Be Human.

You could feel the anticipation in the room while waiting for Chelsea to make her way to the stage. She opened her set with a montage of clips of her life from growing up to interviews to shows. The perfect opening since her latest album and tour is titled How To Be Human.

Once Chelsea was on stage, the fans were ecstatic, hugging their friends and being cheerful.

The first few songs were very upbeat and seeing Chelsea pour her heart and soul into singing was powerful and really touched the crowd. She was also capable of going into more soft areas with her voice as well. Chelsea’s songs are vulnerable and you can tell by her fanbase that being vulnerable is appreciated so that other people can relate.

Later in the set Chelsea had brought out Alexander 23 to sing a part of their song titled Lucky. The fans had their hands up in the air, singing as loud as they could. Chelsea also brought out the drummer of X Lovers to sing happy birthday to him and the crowd was clapping their hands.

Chelsea ended the night by covering Mr. Brightside by The Killers and her song Your Shirt. Fans continued to cheer after the encore had ended, thanking her for an unforgettable night.