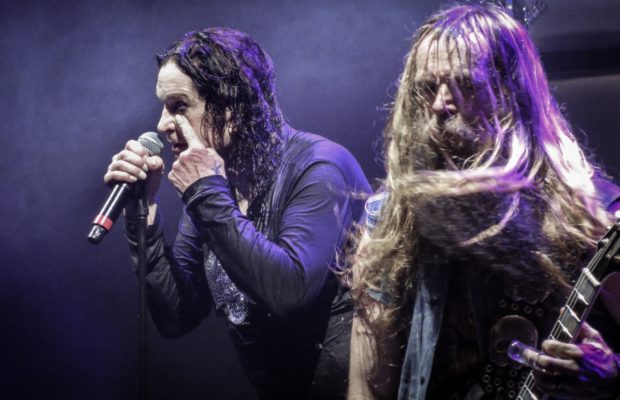 Ozzy brought his “No More Tours 2” farewell tour to Blossom Music Center this week, playing to an almost sold out crowd. With him, he had an amazing band: Zakk Wylde on guitar, Blasko on bass, Tommy Clufetos on drums and Adam Wakeman on keyboards and guitars.

The setlist spanned much of his half-century career, but contained only 13 proper songs, which was a little disappointing.

The show was not just about Ozzy, but just as much about Zakk Wylde, who played an awesome 20 minute guitar solo in the middle of the audience during War Pigs, followed by a 4 song guitar medley. This gave 69-year old Ozzy a well deserved rest during the set and he came back out for “I Don’t Want To Change The World” and a few other songs before finishing his set with the Black Sabbath hit “Paranoid”.