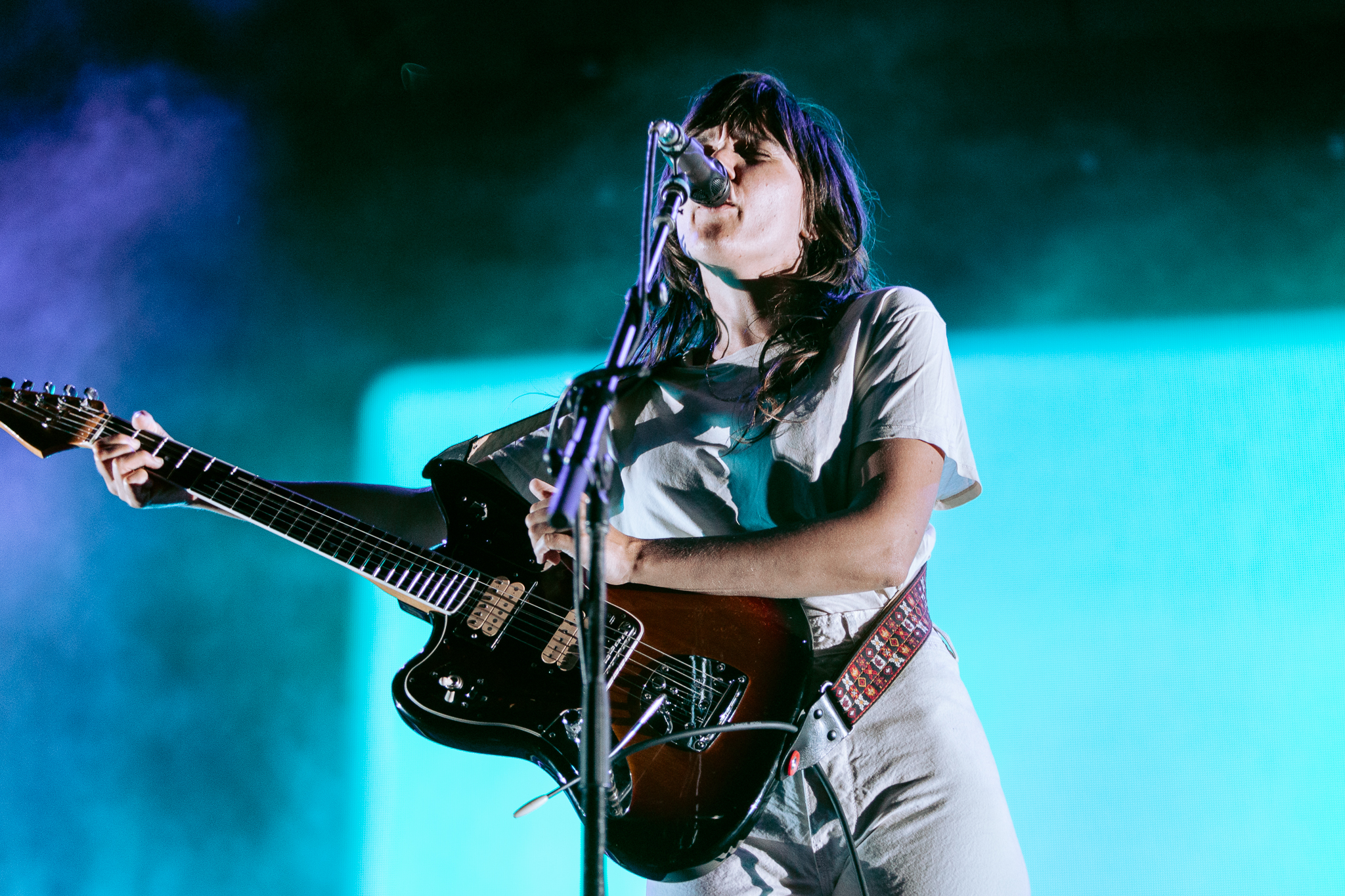 Here and There Festival
Courtney Barnett, Alvvays, and The Beths
The Salt Shed
Chicago, IL
8/16/2022

The Summer Series at The Salt Shed continues on, this week hosting Courtney Barnett’s Here and There Festival along with Alvvays and The Beths. The traveling festival has been making its way across the US since the beginning of August and features a unique lineup of artists each night curated by Courtney Barnett herself. Artists such as Lucy Dacus, Ethel Cain, Japanese Breakfast, and Sleater-Kinney are just a few of that have performed at other dates of the festival, as Barnett is intentionally highlighting a majority of women and queer performers unlike most other festivals.

In Chicago on Tuesday night, New Zealand’s The Beths kicked off the show before handing the torch over to Alvvays of Toronto, Canada. Though the show had an early start, fans were punctual and many made sure to catch both openers in their entirety. By the time Courtney Barnett took the stage, the outdoor venue was packed and enthusiasm was high. Barnett performed songs from throughout her career, but mostly tracks from her most recent album from 2021, Things Take Time, Take Time. Her poignant conversational lyric style and folky influence have remained since she’s begun putting out music, but she always manages to keep her new may i unique and fresh. The audience was well versed in Barnett’s newer songs as well as the old, a sea of people shouting her words back at her under a Chicago summer sky. Here and There Festival has been such a successful endeavor so far and continues touring The States through the beginning of September.