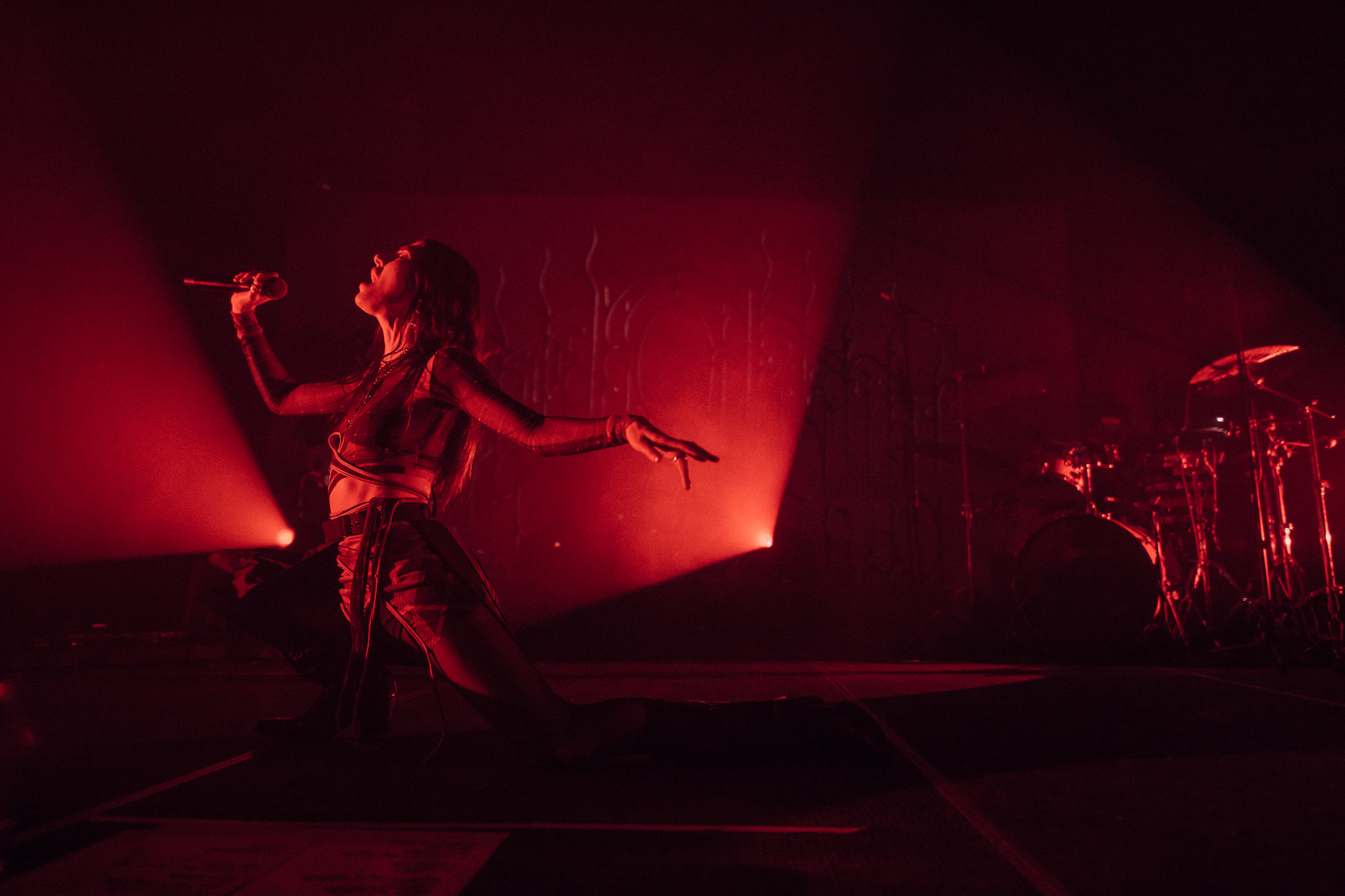 Singer-songwriter, Caroline Polachek, made a stop in Nashville during her Heart is Unbreaking tour. Her first tour back since before the pandemic. This was another show where fans had been waiting in line for hours before doors opened just so they could get the perfect spot inside.

French artist Oklou started the night off with a DJ setup, a guitar and her unique voice. Her style was one that I had not seen before. She transitioned back and forth between singing some of her original songs and remixing others. She caught the attention of many in the crowd as they swayed to the beat with one another.

The crowd was becoming more eager to see Caroline as time went on. The room turned pitch black and she walked onstage as the intro, “The Gate,” started playing. This is also the intro to her album Pang. Fans were shouting with excitement has she began to sing. You could feel the energy bouncing off of the crowd as they sang along to every lyric.

Throughout the set, she played a few new unreleased songs. She stated she wrote one of them with another talented artist, Sega Bodega. These songs were great for dancing and that’s exactly what the crowd did. I can’t wait to hear how they’ll sound whenever they are released.

As Caroline was finishing up her set, the crowd was screaming for an encore. The lights came back on and Caroline made her way back onstage with Oklou to perform, “Teardrop,” by Massive Attack. Hearing them sing this song together gave me chills as their voices paired perfectly together. It was such a beautiful way to close out the night.

Get out there and see this tour if you have the chance. The show was ethereal and the production was stellar. one I would like to see again. Here is a link to remaining tour dates of the Heart is Unbreaking tour.