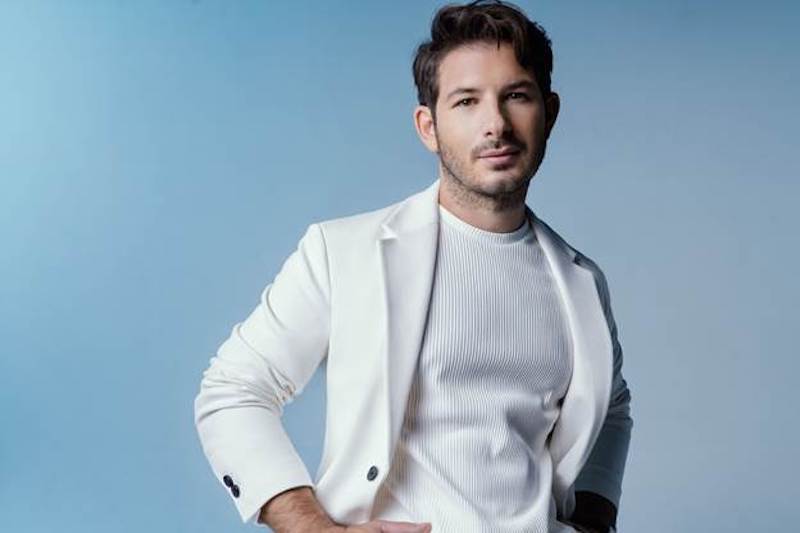 Acclaimed Greek vocalist George Perris has released his inimitable spin on the ABBA smash, “I Have A Dream”, featuring footage from his upcoming third PBS concert special George Perris: A Sunset in Greece, premiering December 15th. The special will feature captivating live performances from the singer filmed at the 2,500-year-old Temple of Aphaea, making George the first artist in history to perform at the historic landmark. “I Have A Dream” serves as the perfect introduction to the unfettered imagination that propels Perris’ forthcoming 2022 album, an exquisite glimpse into the songs that have shaped him into a global phenomenon and the most widely renowned Greek singer of his generation. To achieve the groundbreaking feat, Perris developed A Sunset in Greece in partnership with the Greek National Tourism Organization, who also handpicked him for inclusion in the country’s promotional tourism video for 2021 and 2022. Fusing his passion for the arts and humanitarianism, both the new PBS special and album are sponsored by the Horatio Alger Association, a nonprofit educational organization that grants scholarships to students facing adversity. In addition to being an ambassador to the Horatio Alger Association, Perris also recently became a UNICEF ambassador focused on addressing child abuse. George Perris: A Sunset in Greece is the follow up to Perris’ two previous PBS specials – George Perris: Live from Jazz at Lincoln Center and George Perris: Live From The Acropolis – which have amassed over 160 million total viewers worldwide.
“’I Have A Dream.’ I can’t even count the times this phrase has taken me on an incredible journey in my life. Everything starts with a dream; with this tinkle inside you that makes you see the impossible. This song has given me hope through some of my most difficult times, it made me feel protected and that’s why I wanted it to be the first single of the album,” shares Perris. “It was the same unthinkable vision of singing the track in my forthcoming PBS special in an ancient temple that began with a dream; it was infeasible. Until it wasn’t. I hope my audience will feel the excitement and the awe I felt while performing in front of that 2500 year old temple. I’m so excited to share a piece of my country, Greece, with everyone around the world. Never underestimate the power of a dream.”
The follow-up to 2019’s Who I’m Meant To Be (his second English-language offering), the forthcoming collection marks the first international album Perris has ever recorded in Greece—a pivotal factor in forging its distinctly Mediterranean sound. Co-producing alongside composer/arranger/pianist Alexander Livitsanos, Perris assembled a lineup of prestigious Greek musicians. Thanks to their use of traditional instruments like the bouzouki and qanun, Perris’s collaborators ultimately added a decidedly Greek texture to the beloved songs that make up his musical DNA. On this new album, due out in 2022 (details announced soon), Perris aims to take his audience on a journey to open-heartedness and the spirit of his homeland, Greece.  You can connect with George Perris via the following links.  Photo credit: Errikos Andreou.
Website | Facebook | Instagram | Spotify | iTunes/Apple Music | YouTube | Deezer | Google Play