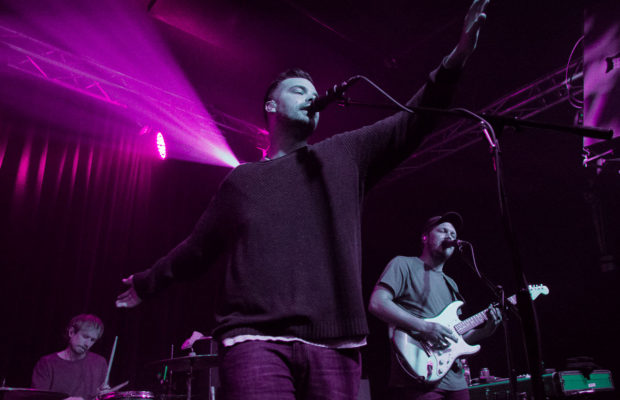 Balance and Composure, who are currently on tour with From Indian Lakes and Queen of Jeans, made a tour stop in Louisville, Ky on April 29th.  Having formed 10 years ago, they have gained a loyal and passionate following.  Having many younger fans, the Louisville show was all ages and nearly sold out, packed with excited fans.  From the first note that they played, the crowd was ready to have fun.  Throughout the entire set the crowd sang along passionately to every song. The band themselves were in high spirits, giving the audience a high-energy performance. Philadelphia band Queen of Jeans and California band From Indian Lakes opened the show.