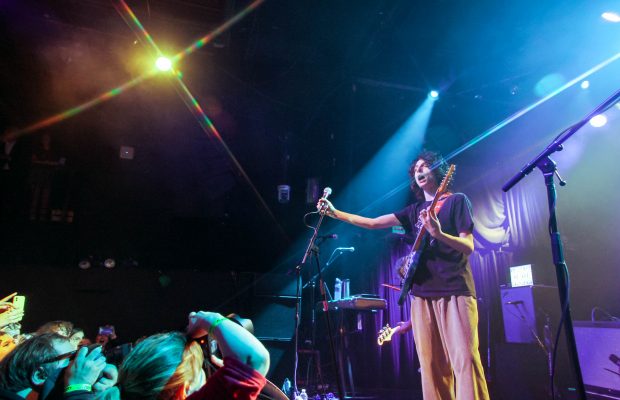 Calpurnia with So So Glos

Photos and Review by Sarah Rodriguez

May 30 was an exciting night for Irving Plaza- the widely loved band, Calpurnia, returned to the venue to perform a GovBall After Dark show before the eventful festival weekend began. The energy in Irving Plaza was already creating such a great atmosphere before the band even came onstage.

The opening band was a group that were huge inspirations to Calpurnia in the music scene. The So So Glos have been playing together as a band since they were very young, and their passion was very uplifting to see during their live show. Their performance was filled with danceable, pop punk tunes that got the crowd excited for the night ahead of them.

Irving Plaza was filled with screams of anticipation when the lights went out at 9 pm, signaling that it was time for Calpurnia. Every word was perfectly sang back to the band when they came out on stage, and it was heart warming to see the reactions of their young fans when their favorite band was right in front of them.

Everyone in the band seemed very comfortable performing, and they effortlessly executed some unique guitar riffs and melodies that resonate with you. The talented quartet played some fan favorites such as Greyhound, and there was even a sign in the audience for a request to play that song again. The environment during the show was so light hearted and carefree, and Calpurnia did a fantastic job. We wish them luck at their upcoming GovBall performance this weekend!