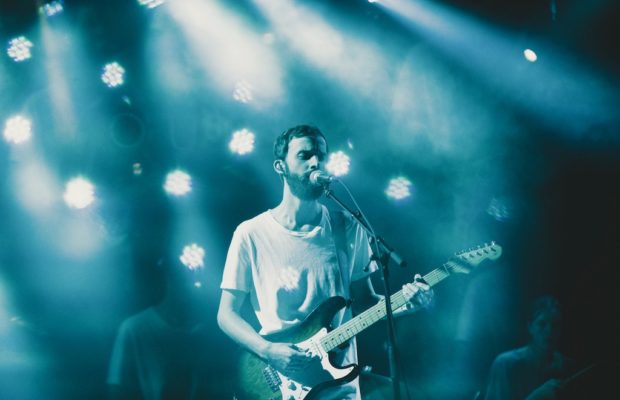 Maybe you’ve been singing along to his silky vocals since his ethereal collaboration with indie pop powerhouse, Phoebe Ryan; or perhaps you’ve yet to even hear one of his songs. Regardless of your level of familiarity, I have one simple response: you should be listening to Jaymes Young right now. Recently, the Los Angeles based musician’s first headline tour – aptly named “Feel Something” after his newly released studio album – brought him to the east coast where he wooed a willing audience in the heart of Cambridge.

As the sun sun began to set on an ordinary summer evening and the sold out audience trickled into The Sinclair, Matt Maeson made his way onto the stage. The Virginia native is a relative newcomer to scene, which is why you may not have heard his name as of yet. However, Maeson proved his merit as he commanded the stage, joined only by his guitar and ardent voice. Between belting emotional lyrics and intriguing the audience as he hit impressive high notes, he stopped to humor everyone with a story about sleeping atop a Wendy’s and waking up with a sunburn.

When it comes to stage presence, Jaymes Young is no Britney Spears; but, frankly, he doesn’t need to be. His voice is enough to entrance an audience, and his unique sound – a middle ground between R&B and indie pop – has garnered him a dedicated fan base. So, what’s next for Jaymes Young? Fear not if you missed his first headlining tour, for the singer-songwriter hits the road again this fall supporting Oh Wonder on their North American tour. But for now you can feel something by listening to his new record!