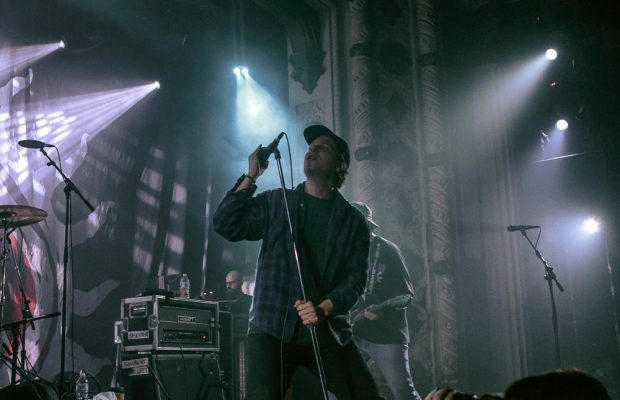 Basement with Nothing & Gouge Away

Photos and review by Micki Harris

It’s been five years now since Basement returned from their two year hiatus. Since then, the English pop-punk five piece have pumped out content that showed the scene that they are here to stay. It’s been not even a year since they released their fourth studio album, Beside Myself, and fans have been overwhelmingly pleased with Basement’s ability to gracefully evolve without straying too far away from what their OG fans originally fell in love with. Even on this side of the Atlantic, Basement have sustained stamina.

On this run, Basement brought along two American bands who have also released a new full length in the past year. Gouge Away, southern Florida based hardcore band, released Burnt Sugar, their second full length record last September and have been touring almost nonstop ever since. Nothing, alternative shoegaze band from Philadelphia, released Dance on the Blacktop late in August last year – Their third studio album, following Tired of Tomorrow, their sophomore record which was wildly acclaimed.

In Chicago last Friday, each band on the bill had fresh, new content to perform, and no one set seemed to bleed into the next. All three bands reined from different subgenres of alternative music and didn’t produce a single dull moment. Gouge Away woke up the room with the raspy howls of vocalist Michelle Christina, whose restless stage presence astounded me. Nothing filled the room with emotion and sorrow. By the time Basement took the stage later in the evening, the room was swollen with antsy fans, ready to hear a blend of new songs and old. Basement lived up to expectations, leaving out no era of their discography. The short run has since commenced, making way for a summer full of tour and surprises.