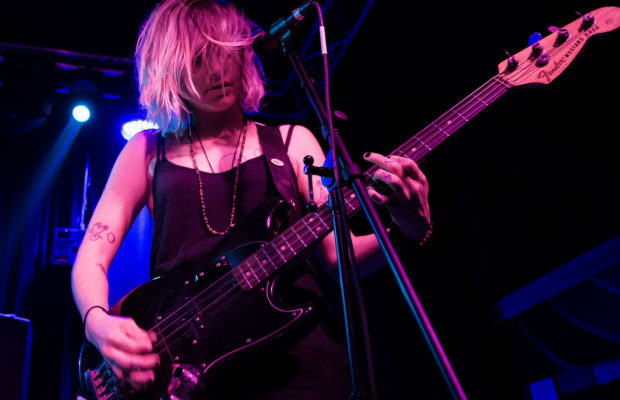 Forecastle Festival took place recently in Louisville, Ky, and Oklahoma-based indie rock band Broncho performed a pre-show.  The venue was buzzing with energy and packed with people ready for a good time before the weekend.  Singer Ryan Lindsey interacted with the crowd all night, keeping the positive energy and good times going throughout their set. He, bassist Penny Pitchlynn and guitarist Ben King were constantly moving around on stage, interacting with each other and giving the crowd a fun show.  The band played a wide array of songs from their catalog and the crowd was singing and dancing along to the songs all night.  They showed the crowd a good time, kicking off the weekend with a lively show!