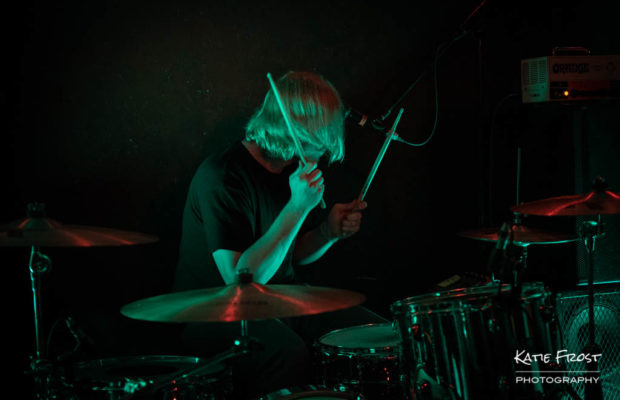 Last Thursday night I was invited along to the Broken Hands show at The Black Heart in Camden. I last saw the band back in 2016 when they played at 229 The Venue so it was going to be interesting to see them play such a small stage, as I know they like to move around on stage!

First to play was Cassyette and her all-girl band who were superb. They had a great old-school 80s pop-rock vibe and some very catchy tunes, including debut single “Jean” which was released on 26 April. I really enjoyed their performance and would definitely go check them out again.

Next up were Midlands five-piece Violet, who liked to play in solid blue light, so please excuse the tone of the photos! Their vibe was different to Cassyette before them – with a more indie / britpop / grunge sound and lots of effects pedals. They played a chilled set featuring their latest single “Wilt”, which went down well with the crowd.

Tonight’s headliners Broken Hands put on a great show to a packed room. The Canterbury five-piece had brought their own lighting but unfortunately it was a bit overpowering for the tiny venue, so it was a bit of a struggle to capture their performance in a way that did it justice. They are a great live band that are certainly worth checking out if they come to a venue near you. Check out their recently-released video for “Friends House” here.