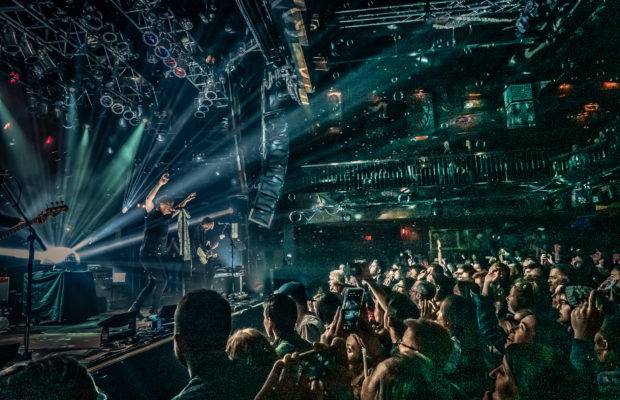 About a year or so ago Switchfoot announced a hiatus, now they are back and played to an almost sold out crowd at the House Of Blues in Cleveland on Friday night. Opening up were Tyson Motsenbocker, who played a storyteller acoustic set and rockband Colony House.

Despite frontman Jon Foreman being under the weather, the band performed a stellar set I won’t forget anytime soon. As soon as they took the stage, they were greeted by a frenzy of applause.

They played a great variety of songs. This being the Native Tongue Tour, of course, they played quite a few tracks off their latest release, but they also performed all their biggest hit singles and threw in a couple of requests here and there. A very well balanced setlist.

About halfway through the set, the band surrounded a single microphone to play a few stripped-back tunes right in front of the stage. The crowd was in awe and you could hear a pin drop.

One of the highlights was Jon Foreman walking through the audience not once, but twice, shaking hands and singing with fans. He also let the crowd carry him during their hit single float, while the room was filled with bubbles.

The night ended with a bang and lots of confetti.

What a wonderful evening. The band is still touring the US through March and April. You should absolutely go see them when they play in your neck of the woods. Their tour dates can be found here.