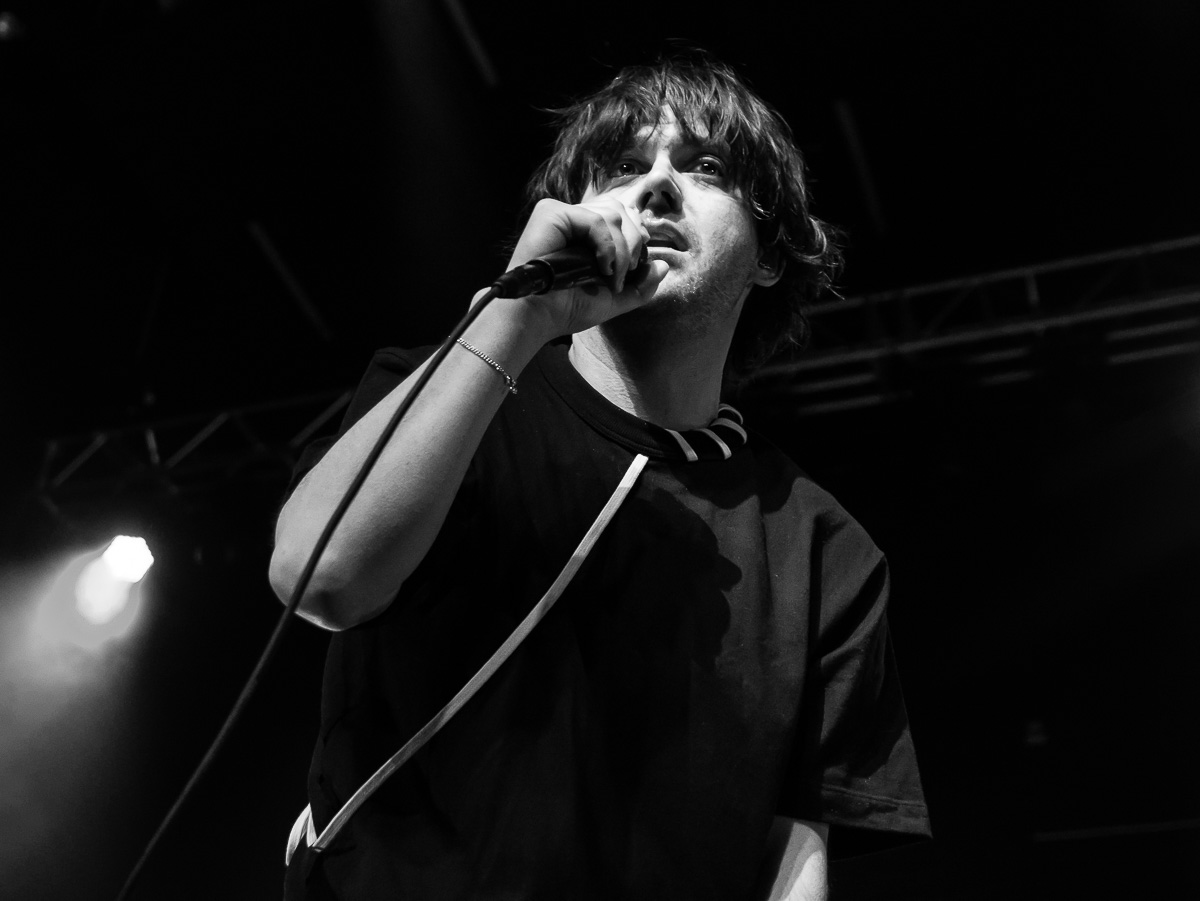 On March 31st, Bright Eyes brought their current tour to Louisville to a packed house!  Opening the show this evening was Los Angeles singer-songwriter Christian Lee Hutson, who in recent years has collaborated with Phoebe Bridgers and Conor Oberst, both of whom produced his recently released sophomore album Quitters.  Singing a variety of songs from his catalog, including “Strawberry Lemonade”, “Lose This Number”, and his recent single “Age Difference”, he had the crowd singing along throughout his set.  Telling stories periodically between songs, he had the crowd laughing and in good spirits and ready for the evening ahead!  Next up was Bright Eyes, and as the lights dimmed to signal they were about to come out, the crowd erupted into applause and screams, full of excitement and anticipation.  As the lights got brighter and the band came out on stage, Conor Oberst immediately started singing “Dance and Sing”, getting things started on a high-energy note!  Pacing around the length of the stage, he spent much of the song at the front of the stage engaging directly with the crowd, who were emphatically singing along with him.  He later declared to the crowd “It feels great to be back in Louisville with all of you here tonight!”, as well as expressed how glad he was to have Christian Lee Hutson out on the road with Bright Eyes.  He went on to say that Hutson’s latest album Quitters, which Oberst helped to produce, was to be released at midnight that night, on April 1st!

Oberst was in great spirits this evening and chatted quite a bit with the crowd between songs, many times explaining the meaning of the songs he was singing.  Saying that they would be playing a lot of songs from their 2020 album Down In The Weeds, Where The World Once Was, since they were never really able to tour it, they also threw some older songs in, such as “We Are Nowhere and It’s Now”, “Another Travelin’ Song”, and “Poison Oak” (a personal favorite of mine!), creating a fun mix of songs for fans old and new alike!  Performing a pretty long and substantial set, towards the end of the evening Oberst thanked everyone again for coming out and said how it’s such a weird time right now.  He went onto say how the cumulative heartbreak is almost unbearable and that this (music) is the only medicine he knows of to help to cope.  The band then performed “Comet Song” to “end” their set.  They then performed a three song encore that included “First Day Of My Life”, “I Believe In Symmetry”, and “One For You, One For Me”.  It was a really incredible night of fun, laughs, and music that filled the venue with an incredible energy in which you couldn’t help but feel a part of the collective happiness.