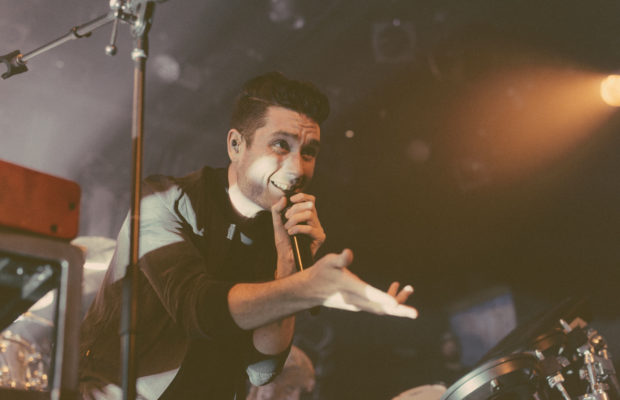 It’s a lovely day in early October as I make my way to Brooklyn. I am absolutely buzzing and the usual 40 minute journey goes by in what feels like seconds. England’s Bastille have been one of my personal favourite bands for five years now, and I’ve never gotten the opportunity to see them live. They’re a band who’ve had multiple hits on the radio, and they haven’t toured for awhile while they were creating their new album ‘Wild World‘, so they decided to do a short small venue tour to celebrate their return. Music Hall of Williamsburg is a 550 cap venue, and everybody on line waiting to get into the venue is already ecstatic to see Bastille play in the small venue. The show is sold out, and the girls at the barricade have been waiting on line to get into the gig since 7 in the morning.

The lights dim and as the band takes the stage, the crowd absolutely lose their minds. Bastille start straight into their newest single ‘Good Grief‘, and the crowd know all of the words. They sing the lyrics back to front-man, Dan Smith, and it’s hard for him to hide his happiness from hearing the crowd singing along so loudly. The set list is mainly the bands favourite songs off the “complete edition” of ‘Wild World‘ which has five more songs on it than the normal version of the album. Although the album has only been out for a little under a month, the crowd know all the words to the songs as if they’ve been listening to this album for years rather than weeks. When the set comes up to their older song, ‘Flaws‘, Dan jumps down into the crowd, he sings some from the barricade and then makes his way through the pit. After he does that he goes up into the balcony and serenades fans throughout the song. The crowd eats this up, and even though the song winds up to be one of their last, this pumps them up even more than they already were. They finish up the set with the radio hit and fan favourite, ‘Pompeii‘. I didn’t think it was possible to love Bastille more than I already did, but after seeing them live I’m completely blown away. Smith was fighting a cold and yet he was still on his A game throughout the set. The lads of Bastille will be heading out on an arena tour in early Spring, so don’t forget to check them out when they come to your town, you won’t be sorry!