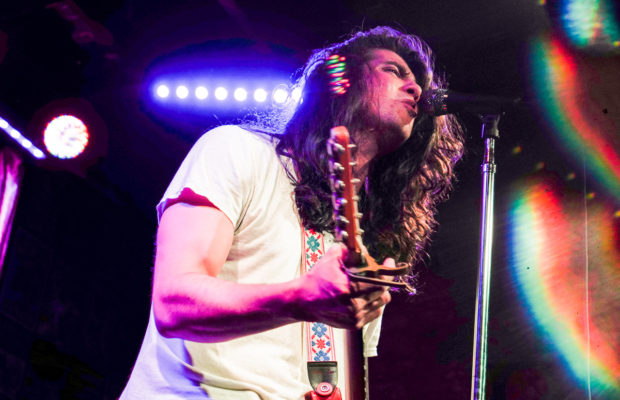 On Wednesday, August 8th, Margin Walker  and KXT 91.7 had put together an excellent night of music at Three Links in Deep Ellum, TX.

Kicking of the night was Kirk Thurmond of Kirk Thurmond & The Millenials — lead singer/songwriter based out of Dallas, TX. Thurmond along with the help of a bandmate on the guitar had the audience entranced with soulful voice and pop, rock and r & b melodies.

Next up, and closing out the night was Billy Raffoul— a 22 year old singer/songwriter from Leamington, Ontario who is currently signed to Interscope and now splits his time between Nashville and Los Angeles working on his debut album. His musical influences come from his father, Jody Raffoul — solo artist and hometown hero who has opened for the like of many artists such as Joe Cocker and Bon Jovi. Billy began truly pursuing his career a few years back playing at dive bars and wants to build his career on the live show— touring the world, being a time working musician, constantly working on his craft.

Backed by Justin Zuccato on drums and some backing vocals and Line Bass Sørensen on bass and backing vocals, Raffoul sang songs off of his EP 1975 including “Acoustic” and “Could You Be Mine,” along with his singles “You Be Love,” “Difficult,” “Dark Four Door,” and “Driver.” With every song he had the audience members, especially the ones in front, in awe. They were mesmerized by his raspy soulful voice and the stories his lyrics would weave, and had them singing along with smiles on their faces.

Raffoul is currently on tour with Need to Breath and Johnnyswim for the Forever On Your Side Tour. If they are coming to a city near you I would definitely recommend on going and getting there early to see Billy Raffoul and his band kick off the night of amazing live music. Be sure to follow him on his socials, listen to his music on your favorite streaming/download service, and sign up on his website to get email updates.

He is definitely an artist that I would love to see live and photograph once more— I can see him playing to bigger and bigger audiences — and I wish him all of the best on his journey and hope to be a little part of it as he grows.