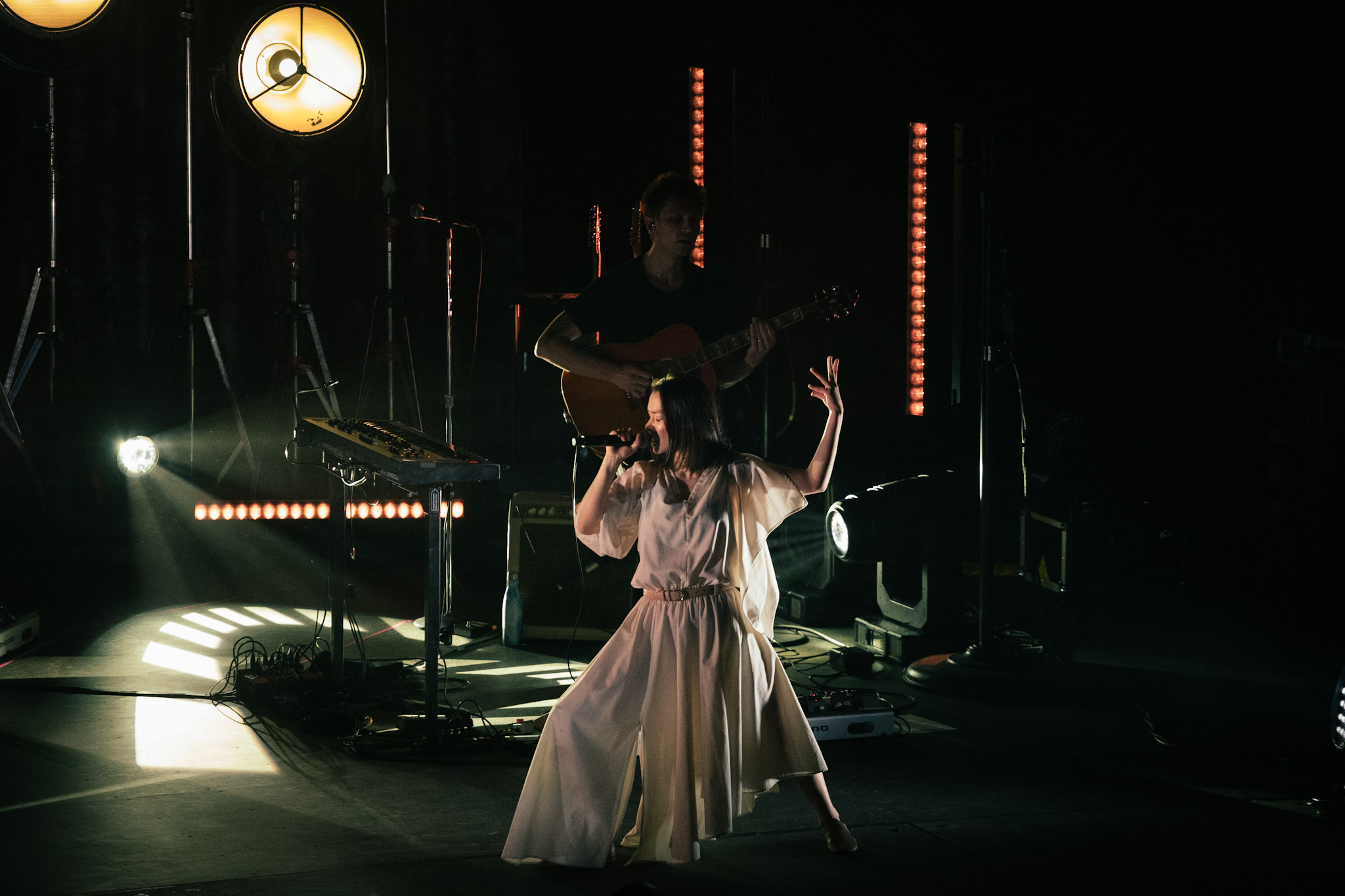 Japanese-American artist Mitski brought her Laurel Hell tour to Louisville, KY on March 30th to play a sold out show full of dedicated fans at Paristown Hall.  The line was wrapped around buildings for four blocks even after doors had opened. The energy beaming from the fans made me excited to see what kind of show was in store.

The stage was set, ready for Mitski to perform without having any openers. One of the first shows I’ve been to where this was the case. The crowd was still excited as ever as the lights went out and Mitski walked onstage and started to perform her single “Love Me More,” off of her latest album Laurel Hell.

Mitski danced along to her own music and it was mesmerizing to watch. Her movements flowed together with the music and lighting making the show spectacular. Fans all around the venue were singing right along to every lyric.

A few of the songs that stood out to me during the live performance were “Stay Soft,” and “The Only Heartbreaker”. Mitski did a wonderful job of interacting with the crowd and leaving them wanting more. She will begin her UK/UE tour towards the end of April. If you have the chance to see her, I highly recommend trying to make it out to a show.