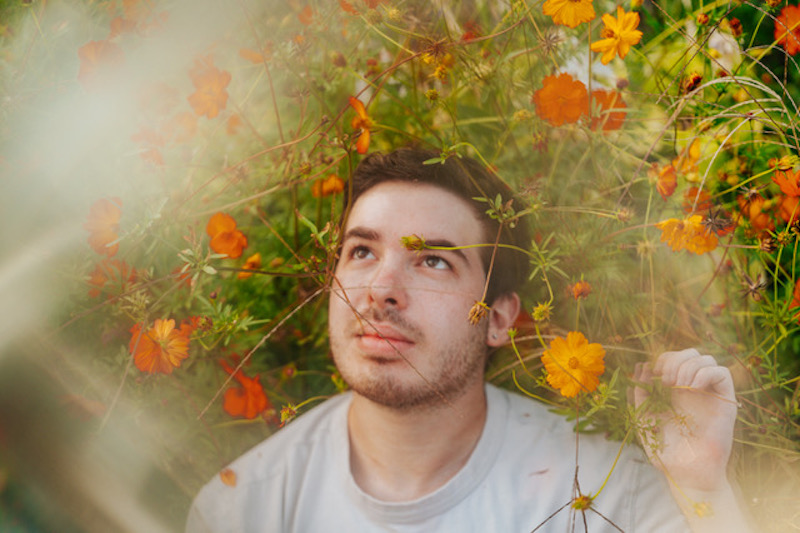 Chicago producer, singer, songwriter, ukelelist and multi-instrumentalist Jordan Kahn, who goes by the artist name Boxout, creates music that blends elements of various genres, including electronic, hip hop, punk, and indie music, creating his own original style while paying homage to his musical influences.  He started writing and producing original music at the age of 15, influenced by artists such as Avicii, Kanye, and The Avalanches.  Although he had never seriously thought about making music before then, the discovery of sampling opened up a whole new world of making music for him and showing him that there was more than one way to make music. The name Boxout came to him in 2015, inspired simply by trying to come up with something that he wouldn’t hate 5 years down the road and went on to take on a deeper meaning. The reality of people trying to put Jordan in a box both in terms of his musical style and his life decisions pushed him to create music on his own terms. The name Boxout represents his desire to let go of outside expectations, both in music and in his personal life.  2020 was a breakout year for Boxout, as he released the single “I Just Want To Be The One You Love” using a sample from a 1940s vocal jazz group, fusing it with contemporary beats and melodies.  The track connected with millions of listeners online – resulting in over 20 million streams across Spotify, Apple Music and YouTube.  It has also been used in over 150,000 Tik Tok videos.  He has recently released his latest single “Daylight Runaway”, this twist on the cliche break up song. “You’re probably thinking, ‘Oh boy, another breakup song? How original,’ Boxout said. “This song is a twist on that cliche. ‘Daylight Runaway’ is about a breakup in which I was dumped, but quickly realized that it was for the best. I noticed that this feeling doesn’t have many songs to describe it, so I decided to write one myself. Bright vocals and a pop-punk inspired beat combine to make a song that you either cry or headbang to, and I hope that listeners will feel moved to do both.”  With plans to release new music in the coming months, make sure to connect with Boxout via the links below to stay updated!

You started writing and producing original music at 15 and have talked about how listening to artists such as Avicii, Kanye, and The Avalanches, where they heavily wove samples into their songs, which inspired you to start making your own music.  What can you tell me about your childhood and developing a love for music and desire to start making your own?

Until I turned 15, I never thought of myself as someone who could make music. I played a little guitar here and there, but I only practiced existing songs instead of trying to write my own. That was until I discovered sampling. I realized that I didn’t have to be a virtuoso at singing or a specific instrument in order to make my own songs. Listening to Kanye and The Avalanches showed me that there was more than one way of making music, and that inspired me to try it out myself. At the time, Avicii was my favorite artist, so I tried making electronic music that was in a similar, catchy style.

You have talked about being a producer before you started singing and writing songs. How did that influence they way you approached making your music?  Do you produce for other artists’ music or just for yourself?

Yes! I was solely a producer for a few years before I started singing and writing. Most of my older songs are instrumental electronic tracks or remixes of pop tracks. I didn’t start recording my own vocals or writing lyrics until about 3 years ago. A lot of my very close friends are artists, so I occasionally produce songs for them as well. However, most of the songs I make are for myself because I am pretty guarded when it comes to my work. Given the opportunity, though, there are definitely some big artists out there that I would absolutely love to produce for.

You go by the artist name of Boxout and have said that you came up with the name in 2015.  How did you come up with the name, which you have said has come to take on a deeper meaning, with regards to the reality of people trying to put you in a box, both in terms of your musical style and life decisions, which pushed you to create music on your own terms?  What has that journey been like?

This one’s a bit of a funny story. When I started making music, I wanted to come up with a name that I wouldn’t hate 5 years down the road. I decided on Boxout because I thought it was short enough and somewhat memorable. Well, 6 years later, I still don’t hate it! But, the name has taken on more meaning as time has gone on. I always feel like people were trying to put me in a box both in terms of my music style and my life decisions. I think the name Boxout represents my desire to shed those expectations and continue to do what I want to do.

As an artist that uses a multitude of samples in your music, what can you tell me about your process of creating music?  Do you have favorite gear you love to use when making your music?

For me, the process of making music starts in the producer part of my brain. I usually begin with a single sample that I’m inspired by or a melody that gets stuck in my head. I then quickly build out a track around this piece until I have a full instrumental. However, I always get stuck when writing lyrics and recording vocals. I’ll spend months at a time writing and rewriting the same verse because I don’t like how it sounds. Eventually, after a long and arduous process, I’m able to squeeze out a song that I am happy with. In terms of gear, I would have to say my Ableton Push is my favorite. I haven’t found a ton of uses for it yet, but it’s an extremely powerful production tool. Although, for the amount it cost, I should definitely be using it more often!

You have also said that many could argue that you are not really a musician in the traditional sense.  How would you define yourself and what can you tell me about being a musician in the current time, when it is easier to make music in a more non-traditional way and having that flexibility?  Do you feel that fuels your creativity as an artist?

I definitely feel like many people would not consider me to be a musician. I don’t play any instrument very well and I don’t particularly have the best or most powerful singing voice. A lot of people are still of this mindset, but I can see it changing in the mainstream little by little. So many talented artists these days are making hit songs using nothing but a laptop and a pair of earbuds. There is also an ever expanding wealth of creative tools at my disposal, and I try to take advantage of that as much as I can. Making music is so accessible now. Everyone who wants to make music can find a style that works for them, and I think that’s very empowering. I would definitely say that this flexibility fuels my creativity.

As someone who loves computer science, digital design, and human computer interaction, what can you tell me about the ever-evolving connection between music and technology and what you love and find exciting about that?

Music and technology are becoming more and more inseparable. There’s very little I can do musically without the technology I currently use. I am always fascinated with the music programs I use because they are so powerful and complex while also being relatively easy to use. I also have an unhealthy habit of wanting to add to my already too-big collection of samples and plugins. There’s just so much out there! I do think there is a sense of analysis paralysis that comes with it though. I have so many options to choose from that the process of choosing becomes a challenge itself. Nonetheless, I am always looking for the next cool piece of music tech that will bring my songs to another level.

What can you tell me about your 2020 single “I Just Want To Be The One You Love”, which was a breakout single for you with over 20 million streams?

When I saw that my song had hit 40,000 Spotify streams in a day, I almost had a heart attack! “I Just Want To Be The One You Love” was just a little remix of an old jazz song that I had made in the span of about 2 hours. I threw it up onto the internet and didn’t even think about it after that. A few months later, TikTok creators somehow found the song and started making videos with it playing in the background. From there, the rest is history. I really owe the success of that song to TikTok. I am just so grateful that this song gave me the opportunity to connect with more people through my music.

You recently released your latest single “Daylight Runaway”, which is your twist on the cliche break up song.  What can you tell me about the single?

“DAYLIGHT RUNAWAY” is a combination of all my biggest musical influences. My favorite genres are hip hop, electronic, and pop punk, and this track contains hints of all three. The song also has pretty solemn lyrics, but I contrasted them with a very energetic, trap-style beat. I wanted listeners to be able to cry, jam out, or both at the same time. As corny as it is, this song was inspired by a breakup that happened about a year ago. It completely blindsided me at first, but after thinking it over, I realized that it was definitely for the better. This made me think about how the feelings described in most breakup songs can be put into two categories: “I’m devastated” or “f— you!”. I decided to give this cliche my own twist by writing about my post-breakup emotions, which I felt were somewhere in the middle.