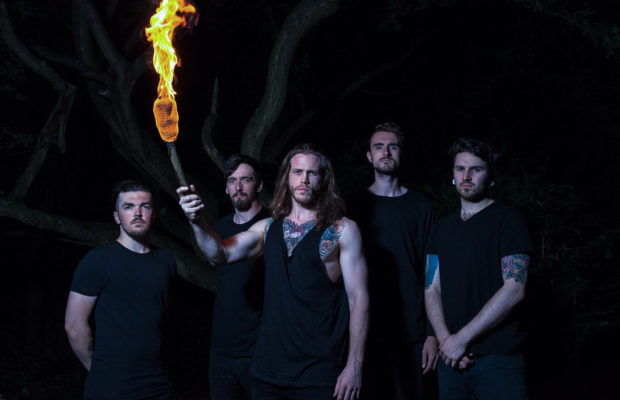 With their new EP, Illuminate, due out September 19th and a European tour planned with I Killed The Prom Queen, this fall is set to be a busy one for British metalcore band Confessions of a Traitor. Catching up with the band before Illuminate‘s release, they talked all about their time in the studio and what concert goers can expect from a typical Confessions of a Traitor live show.

For those that don’t know, how and when did Confessions Of A Traitor form?

We found each other online, originally started jamming back in 2013 and it has evolved from there! Apart from Steve [MacConville], we have all been in bands before so it was a natural progression. We have had a few lineup changed since then and now we have got a solid group of lads that are fully motivated to take things even further!

Your new EP, Illuminate, comes out September 19th. How long were you in the studio for and what was the overall writing and recording process like?

We were in the studio for a week to record the EP! However, the writing process was a good seven or eight months. We have had demos floating around since well before last summer, but when our new guitarist Dom [Pool] joined, everything got kicked into gear and pre-prods were being made. Eventually, after months of slaving, we had five tracks we were all happy with!

Coming from the London/Essex areas, do you feel like the local music scenes have influenced Confessions Of A Traitor in any way and if so, how?

Very significantly, there are some really great local bands coming from both areas and London is such a vibrant scene, shows every night with every genre of music. We all like different things and it’s good to have such a selection to see. Because of the great number of bands in these areas, to make a name for yourself you have to raise your game and provide something special whether that be sounding musically unique or a focus on live performance. It really is a competitive and fun market to be a part of because there is not a dull show, the community is stronger in London and definitely growing in Essex, but there is a support network there of great friends looking to play heavy music.

Being a part of a music scene that is over saturated with talent these days, in what ways do you think Confessions Of A Traitor stands out from other bands in the genre?

We always pride ourselves on our live performance and work ethic. With shows booked all over the UK and Europe, [we have a] love for playing shows and want to travel the world as a band [and] we are very lucky to have been given the opportunity on numerous occasions to do so. Our live show proves our love of playing music and people enjoy it most when we look like we are having fun. We bring a lot of energy, sweat and breakdown to our live show and it’s not what people expect.

You have a very active presence on your social media pages. Positively or negatively, how do you feel social media platforms have impacted Confessions Of A Traitor?

Social media is one of the most powerful tools for bands and the music scene in general these days. Things like Facebook are an incredible networking tool and are great for communicating to our fans about new material and tours. It can also be a bane of a band’s existence, especially on Facebook. We have 3,300 odd people who have liked the page, yet it caps our reach to them and expects us to pay if we want them to see our posts!

You are heading out to mainland Europe this fall with Caliban and I Killed The Prom Queen. What can concert goers expect from a Confessions Of A Traitor live set and what is your favorite part about being on the road?

We have a complete wanderlust as a band traveling and visiting countries [so] we would never have dreamed of going to and being able to play our music, it’s mind blowing for us. For me personally, I Killed The Prom Queen are one of my [Stephen] all time favorite bands so I am to excited to share the stage with them. Concert goers will see an band that love what they do and are so proud and happy to be able to show them what we have worked hard on. The live show will bring energy and a presence that not a lot of people will have seen from a band in our genre and that’s what we feel bring people back to see us again.