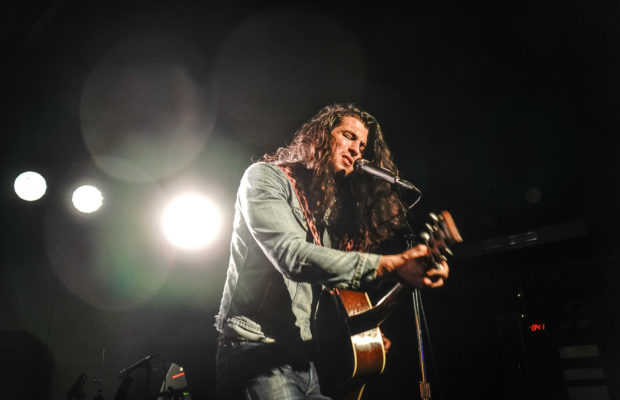 Tuesday, November 13th at Mercury Lounge nestled in the Lower East Side of Manhattan was set to be a good night filled with great music. Starting off the night was Anna Shoemaker. Shoemaker, who was raised in Philadelphia and currently resides in New York City, has hypnotizing vocals and her songs have elements of indie-pop, r & b, alt-rock and hip-hop. She is currently signed with 5Towns Records and released her debut EP East Side in September. On this night she gave us a great set with songs off of that EP to a very receptive audience. An audience that if they weren’t already a fan, they would be after the set.

Up next was Billy Raffoul, the star of the night, who had fans coming from near and far to see him on this special acoustic tour. One audience member who I was talking to before the show outside had plans to road trip to various stops on this tour, this being her first night of a few shows she was planning on attending. With each and every gig that Raffoul plays, he always gives it his all. His soulful, raspy voice draws you in and always makes you want more. Even with him being alone on this tour, he challenged himself with having a setup of pedals surrounding him to help provide backing sounds, something that would personally make my brain explode if I had to do at the same time as singing and playing the guitar— I give him a huge kudos for being able to do all of that at once. This was my second time seeing him live, and it will not certainly be my last. If you haven’t done so already be sure to give his EP 1975 that was put out by Interscope Records a listen, sign-up for his email notifications on his website and give him a follow on social media. He is an artist you definitely don’t want to miss if he is touring near you.