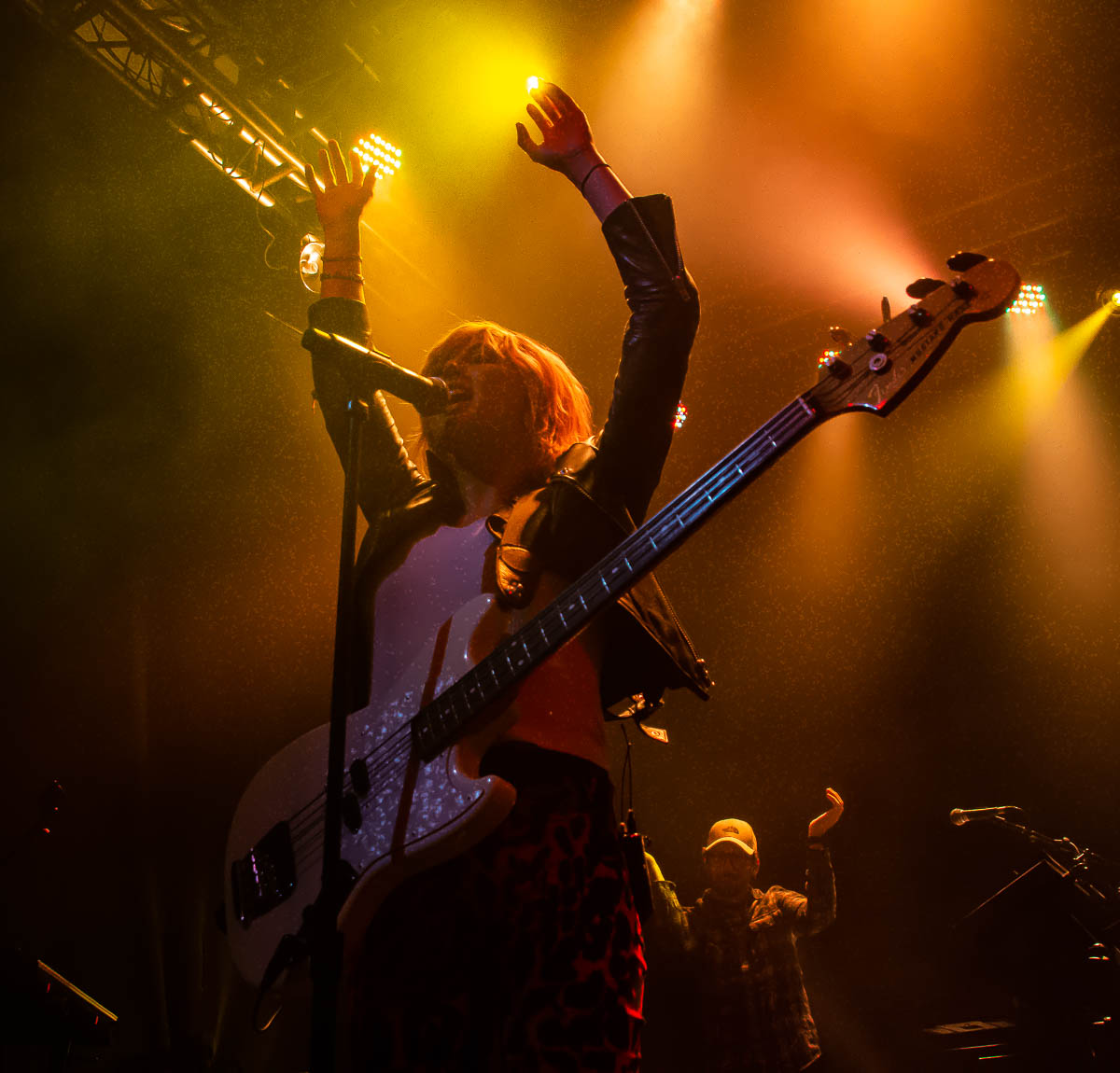 New York pop/electronica band Phantogram, who recently wrapped up their latest tour, made a stop in Louisville, KY to a sold out crowd of fans.  Having released three new singles this year, “Into Happiness”, “Mister Impossible” and “In A Spiral”, the band performed those tracks, as well as a few new songs and older hits such as “Mouthful Of Diamonds”, “When I’m Small”, “Howling At The Moon”, “Blackout Days”, “Cruel World” and “Run Run Blood”.  The crowd was in great spirits this evening, as was the band, with singer Sarah Barthel thanking the crowd towards the end of the evening for their energy and saying how much fun it was for them to play smaller venues.  She went on to tell the crowd how they hadn’t toured in a while and apologized if they were a bit rusty.  Judging by the cheers from the crowd, that did not seem to be the opinion of the fans who were having a great time!  The mood then turned a bit somber as Barthel talked about her sister Becky who had committed suicide 4 years ago and how it really hurts and that the hurt never goes away.  She went on to say how this was her moment to show her vulnerability and told the crowd if they ever feel sad and alone and weird to please not go away, and that she felt as though that is why her sister left and that she didn’t need to.  Barthel said she still gets nervous speaking about her sister but that it feels good to talk about it, telling the crowd to never be afraid to feel vulnerable.  She then dedicated the next song (and last pre-encore song), “Answer”, to her sister.  Upon returning to the stage, Barthel and guitarist Josh Carter wished everyone a Happy Holiday and introduced the band’s production manager, whom they had affectionately named their “elf on a shelf” due to his red elf costume, and thanked him and the rest of the band.  As the show came to an end, Barthel and Carter discussed how much they enjoyed bringing their friends in Pomegranates in from Cincinnati to open the show, the band’s first show since reuniting after a five year hiatus, saying that the band had taken them out on the road when they first started out.  They said how grateful they were to the guys in Pomegranates for helping them out when they were just getting started as a band and playing shows.  Pomegranates, with their upbeat electro-pop sound, were the perfect opener for the evening.  Phantogram ended the evening with “In A Spiral” and “When I’m Small”, eliciting roaring applause and cheers as they exited the stage!  Pomegranates sounded tight and gave the crowd a really fun and exuberant live show to start the night out!  It was a great evening all around, with two amazing bands that gave the crowd a reason to sing and dance all night!