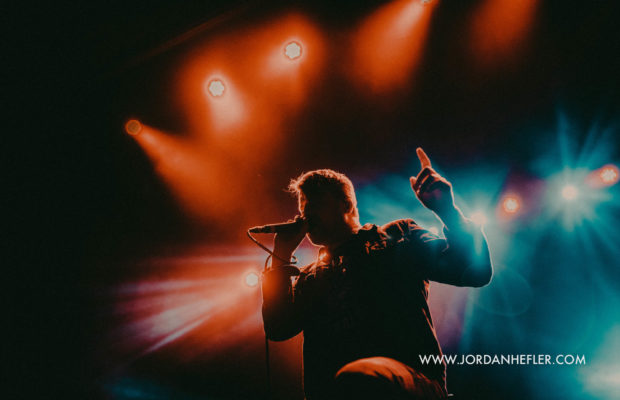 On Sunday, November 25th in the historic New Orleans French Quarter, fans packed out the House of Blues for the highly anticipated When Broken is Easily Fixed- 15 Year Anniversary Tour. With a stacked bill featuring Capstan, As Cities Burn, Hawthorne Heights, and headlining act Silverstein, it was set to be a solid night of post-hardcore nostalgia.

Starting the night was the progressive outfit Capstan, hailing from Orlando, Florida. The band expressed their excitement for recently being signed to Fearless Records, and broke the ice for the night by providing the eager crowd with some punk-influenced rock music to get rowdy to.

Following Capstan’s show was the forever energetic rock band As Cities Burn, who have been gearing up to release a new album in 2019. As Cities Burn always has a huge draw for fans in the New Orleans area, since singers/brothers TJ and Cody Bonnette are from nearby Mandeville, Louisiana. The ACB set was a healthy mixture of songs from their existing albums Hell or Highwater, Come Now Sleep, and Son I Loved you at your Darkest, as well as a few sneak peeks at some new songs to come.

You can’t talk about the last 15 years of rock music in the alternative scene without mentioning Hawthorne Heights. The band, back with a new album called Bad Frequencies, has grown to widespread appeal while staying consistent in sound- a quality that was well reflected during their set as they played through the bulk of their discography.

Closing out the night by playing their entire album When Broken is Easily Fixed, headliner Silverstein garnered a huge reaction from a crowd seemingly made up of all ages (which is always such a great sign when it comes to an anniversary tour!) The band had incredible stage production complete with smoke streams, flashing LED boards, and swiveling lights. Silverstein played for over an hour by completing two separate sets: The beginning was devoted to playing the 15 year old album in its entirety, and the second half dealt with the band’s greatest hits.

New Orleans was witness to one heck of a show lineup with this tour, and dates elsewhere in the country are fast selling out, resulting in the tour being extended due to popular demand! Catch the When Broken is Easily Fixed- 15 Year Anniversary Tour in a city near you this winter.