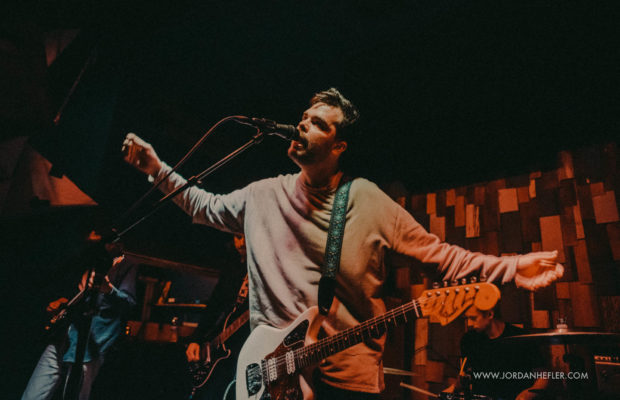 In the midst of opening on their current tour with Thrice and Circa Survive, alternative rock Philadelphia outfit Balance and Composure swung by Gasa Gasa in New Orleans, LA to headline their own show. This 200 cap venue was packed with a swaying crowd eager to sing along at the top of their lungs with the band’s most recent album, Light We Made. Some would think that the emo and mellow sensibilities of many songs off of the new album would make for a chill performance, but every ounce of emotion was on display by both Balance and Composure and the fans, resulting in mosh pits and even a few crowd surfers in the tiny venue. Although the band performed older songs such as “Void” and “Dirty Head” alongside newer jams like “Midnight Zone” and “Afterparty,” the set was still cohesive with their overarching theme of driving bass grooves, playful drum beats, and melodies reminiscent of a haunting indie nursery rhyme. The balance of their music having both heavier melancholy tendencies alongside lighthearted melodies really plays well with the band’s namesake. The merch also was right on brand with the theme of balance: One shirt for sale displayed an illustration of a scorpion clutching a rose. Frontman Jon Simmons said it best- this New Orleans performance was exciting and engaging and resulted in being “Just what he needed.” This low-key yet high energy show was just what the locals of New Orleans needed too.