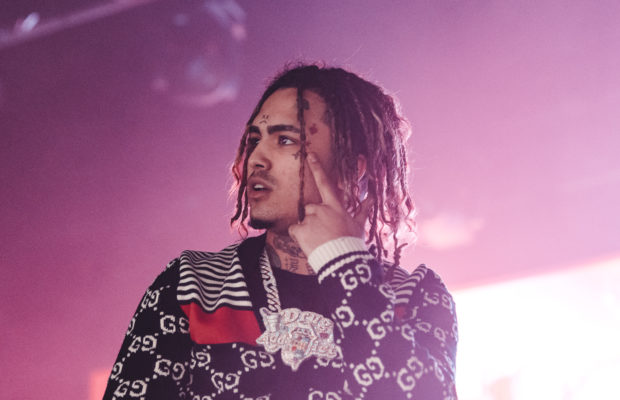 After an absolute whirlwind of success in 2018, American rapper Lil Pump embarked on his ‘Harverd Dropout’ tour around Europe kicking of in the UK to sold out shows across the country, on Sunday the 18th of November I was lucky enough to cover his show in Manchester at the Manchester Academy. With recent releases with artists such as the late XXXTentacion and hip-hop legend Kanye West all reaching the billboard charts it’s safe to say that Pump’s roller-coaster to fame wont be stopping anytime soon.

As soon as the doors opened to the venue the crowd were already overwhelmed with hype which would continue on the entire night , chants began to fill the room before the first support act Splurge took to the stage who took to the stage in great style as if he were the headline himself. The fans ate up his songs and was clear that he’d gained a heck of a lot more fans from his energetic and superb performance. Desto Dubb then also took to the stage fresh of the back of his brand new EP and again became an instant fan favourite providing the ecstatic crowd with music similar to that they came to see.

In expected fashion Lil Pump arrived to the bustling Manchester crowd in full force and with energy that would last the entirety of the night. The room was electric as the rapper would bellow out to the crowd for the mosh pit to be opened up several times throughout the night and the sea of sold out crowds followed his every word each time. Pump would continue the night performing songs that shot him to fame such as ‘Gucci Gang’ and ‘Esketit’ and the fans were loving every minute of it as he partied with his die-hard fans till dark.