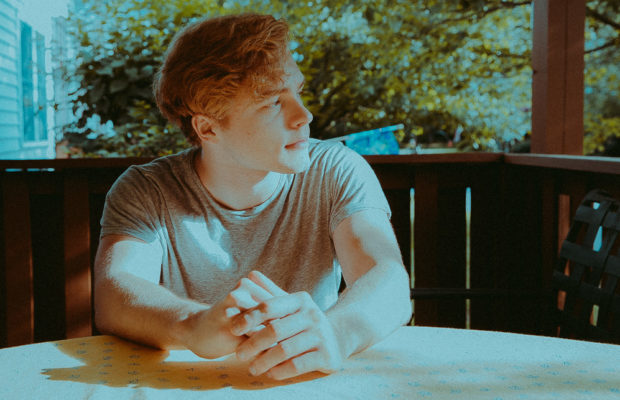 Jackson Fleming grew up in northwestern New York State in a city called Buffalo. It wasn’t until March of 2017 that Fleming discovered his love for photography, and more specifically music photography. He now travels internationally — okay.. just to Toronto, but still — to photograph concerts for artists like CHVRCHES, Queens of the Stone Age and more! We got a chance to sit down with Fleming and ask him some questions about his career and what advice he has to offer to other young photographers that are just starting out

How long have you been doing photography? What originally drew you to it?

I’ve been doing photography since March of last year, so about little over a year now. I was originally drawn to music photography specifically because I’ve always had an appreciation for live music and the atmosphere it creates. The ability to capture the moments and the feel of the artist(s) performing on stage was something that always impressed me when I’d see photographs from shows in magazines and/or on social media. I really decided to pursue it though after seeing a lot of the content one of my friends would post up on Instagram as he acted as the tour photographer/manager for an indie rock band by the name of Dreamers.

Lights
What is your favorite part about being a photographer?
I would probably say it would be a tie between being able to witness and experience different types of music on a regular basis, and the fact that I’m able to capture moments that someone might see and enjoy.

If you can remember, what was the first show you shot? What advice would you give to your former self?

The first show I shot was at a small venue in Toronto, the Velvet Underground, and it was an indie rock band called Dreamers. The only reason I got in there without being part of media was because my buddy was the band’s tour manager and my brother was subbing in for the drummer who couldn’t make it to the gig that night. That was back in March of last year, so I was just starting out with photography in general and felt like a total novice standing there with my shitty Rebel t1i and kit lens. But if I had to go back and give my former self a piece of advice I think the one thing would be to actually shoot on auto focus. I was such a moron that I actually thought, for some reason, that shooting on manual focus would be better than on auto. Needless to say, when I got home and realized that pretty much all of my photos were out of focus because of all the erratic movement, I decided to just trust in the camera instead (lol).

Out of all of the photos in your portfolio, which photo is your favorite and why?

Most likely would have to go with this photo of Wayne Coyne, frontman of the Flaming Lips, I took back in September of 2017. It was really my first big show that I had photographed up to that point and really the first image I managed to produce with practically no editing. It was big confidence boost for me because it proved to me that all I had to do was relax and not get so worried about getting “the perfect shot” while I’m jammed in a pit with like 15 other sweaty photographers, all jockeying to get the best possible angle.

The thing that I really love about your work is your GIF’s; and this is a two part question. Can you talk a little bit about what made you decide to shift into moving images and why? Also, can you give a little insight into your process behind making the GIF’s?

I mean in terms of GIF’s, it was just something I would mess around with from time to time when I was bored and looking for something to do post-editing. I always enjoyed the GIF’s I’d see some photographers make with their Nishika or Nimslo film cameras on Instagram so that’s what made me want to emulate that using my DSLR. Regarding my process of making them, I just wait for a moment in a performer’s set where they dance or make multiple movements that I think would look good as a GIF and I either take a burst of photos or video. From there I just throw it into an editing software and compile all the stills into one fluid clip!

You have a very distinct shooting style that I, as the viewer, would describe as low contrast, highly colorful work. Would you say that your photography accurately reflects who you are as a person? Who are some of your photographic inspirations?
In truth, I’m not really trying to channel my personality or who I am into my work when I’m putting it out there. I guess you could say that I’ve always enjoyed color and silhouettes which is something I try to bring to the table when I’m shooting a show. I just try to take what I’ve learned in the past and incorporate into my present work whether it be an editing style that has always stuck with me or a particular angle that I prefer to work with when shooting an artist or band. Maybe that will change once I’ve matured further though! In terms of inspirations, I’ve always enjoyed Anam Merchant’s and Matt Vogel’s work who I sometimes model my photos after if I need some creative direction or a new take.

When shooting, what is your typical gear setup?

My typical gear setup kind of varies depending on the size of the show in question. Bigger shows, like giant outdoor amphitheaters or stadiums, I like to bring two cameras with me one with a 24-70 f/2.8 and the other with a 70-200 f/2.8. Smaller shows, or a venue that has a smaller stage and where I know the artists will be close up from the pit, I usually just bring one camera and my two lenses.

Queens of the Stone Age

You shoot pretty much every genre out there from heavy to indie pop and everything in between. Is there a specific genre of music that you prefer to photograph more and why?

I always grew up listening to classic and indie rock so I enjoy shooting those types of shows mainly because I’m there as both a fan and photographer. I don’t really have a favorite type of genre to document to be quite honest, but I do enjoy shooting any band or artist that really gets into what they’re playing on stage. Whether it be hip hop or rock, it’s great to capture the action unfolding in front of me if the subject in question is showing a lot of emotion and energy.

I ask a lot of photographers this — do you prefer shooting shows in clubs/venues or at festivals and why?

It’s really a toss up for me. I really love smaller venues because most generally don’t have a pit so you’re pressed right in there with the crowd which also means you can shoot the whole set instead of the first three songs. On the flip side with larger shows, especially outdoor venues or festivals, there is usually a bigger production taking place on the stage and the theatrics are really great considering the show needs to be extremely captivating for the thousands upon thousands of people in attendance.

What advice do you have for up and coming photographers?

I would just say keep practicing at every opportunity you get because that’s really the only way you get better. The more you go out, whether it be just walking around your neighborhood/city or at a show photographing an artist/band, you’ll keep learning new aspects of photography that will help you grow. Also, just have fun with it. I know it can be intimidating sometimes when you’re at a show and in a pit with a bunch of dudes who are strapped with the flashiest shit but at the end of the day it’s all about just being there and doing the best you can. Some of the best photographers I’ve seen and have come to know have taking the most amazing pictures on things like $10 point & shoots!