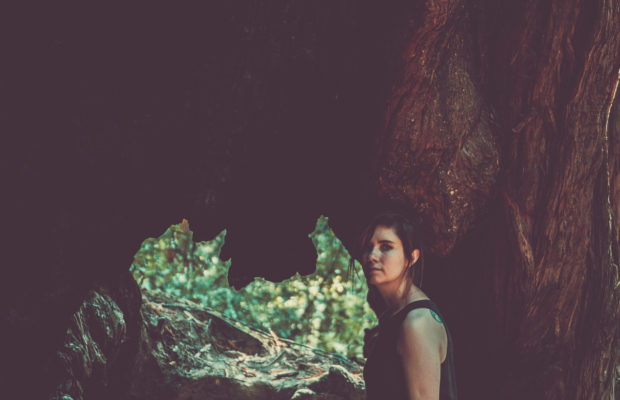 Getting her start in photography in high school, Erika Reinsel found a home in the Philadelphia music scene. Shooting her first show in a dimly lit venue, Erika has come extremely far since then, photographing big name bands and festivals. After recently making the cross-country move to San Francisco, Erika has been shooting shows across her new hometown including The Flaming Lips, The Oh Sees and Iggy Pop. Check out her story and photos below!

I’ve always been into art, spending all my early years drawing and painting. Then I took a random film class in high school and fell in love with photography. From there I started taking a crappy Kodak point and shoot everywhere, trying to put an “art” spin into my photos. I felt like I was in a funk with my art, so photography was a new outlet that led me to feel inspired and creative again. The world of concert photography really happened at random, but I love it.

The first show I “professionally” photographed was James Blake in Philadelphia about four years ago. Ha, it was terrifying! I felt like I had no idea what I was doing, and it didn’t help that it was some of the darkest and moodiest lighting ever. It was a lot of trial and error, but I feel like that’s how I’ve learned best over the years. Being primarily self-taught in the world of photography, there’s no better way to learn than through your mistakes.

Out of all of the photos in your portfolio, which photo are you proudest of and why? What is the story behind it?

Ah man, that’s a tough one. They honestly all are special to me because I still can’t believe where the past four years have taken me, and I’ve photographed some amazing artists since. I feel more recently, some of the photos I’ve been most proud of were from the Oh Sees at the Phono Del Sol Festival in San Francisco. The Oh Sees are one of my favorite bands (and favorite band to photograph!), but they can be difficult to shoot because you’re pretty much trying to protect yourself and your camera gear. Their live shows are insane, but so good! A few seconds into the first song at their set during the festival, John Dwyer told everyone to rush the barricade and join them on stage. This led to amazing photo opportunities, but I constantly had to watch my back for pushing and moshing – however, I was more concerned about my camera than me. But I ended up getting some of my favorite photos to date from that set, and my camera (and myself!) survived, so it was a win.

I have a Nikon D750, and my go-to lenses are the Tamron 24-70 and 70-200. Sometimes I feel like people focus too much on the gear and believe that’s what makes a great shot. It doesn’t. You could have the crappiest gear in the world, but all it takes is a creative eye and work that you’re proud of.

You definitely have a distinct editing style that really helps to make your photos stand out from the crowd. How would you describe the look you’re going for when you edit your photos?

Well first off, thank you for that. I think I’ve always tried to edit more on the “artsy” side. For one because I love art, but also because like you said, I want to stand out. With so many music photographers, a lot of shots can end up looking the same, and I want to refrain from that. I want my photos to look like a painting. I want my photos to be me. Although I have been called out for being “TOO artsy” …to which I say ¯\_(ツ)_/¯

You were based in Philadelphia originally and then recently moved out West to San Francisco. Have you noticed a change in the music photography circles in the two cities? Have you as a photographer changed at all, to adapt a more California lifestyle?

It’s definitely different, both crowd and photographer-wise. I remember the first show I shot out here, someone in the crowd immediately offered me a joint, haha, and other photographers were super friendly and outgoing. Not to say people on the east are mean, but I think everyone is just a tad bit more standoff-ish. A lot of the popular venues out here don’t have barricaded photo pits so you have to shoot from the crowd, and people have always been so nice to offer a spot to shoot (which was a lot less common in Philly).  Also, I feel that in Philly, there was a lot of competition with New York being so close, but out here in SF, there’s less direct competition. There are a lot of great bands from this area, so there are always so many shows going on.

You seem to gravitate more towards indie artists and away from the massive pop stars in your work. You’ve shot the Oh Sees, Portugal. The Man, Deerhunter, and so many others. What is it about that genre of music and those bands in that genre that you are drawn to?

Well, those are some of my favorite bands and I would be going to see those shows anyway, so bringing a camera along is just an added perk. However, most times these are the bands that are the hardest to shoot. They always have the darkest and moodiest lighting, but it presents a fun challenge. I have nothing against the more mainstream music genre, but you do find a lot of times they have the biggest restrictions (photo releases, soundboard shooting, can’t post the photos, etc), so it’s nice to have a little more free range when it comes to shooting the indie genre.

You have shot your fair share of festivals as well as regular concerts. Do you have a preference for one over the other? If so, which one do you like better and why?

Ha, to be honest I hate most festivals (sorry, festivals). I mainly say that because they’re draining – two to three days of walking back and forth to various stages with no breaks, and not really getting to enjoy the music. I prefer the closeness of being with one band in a venue. It’s more personal, you get to enjoy the music more, and you’re with people who are all there for the same reason. It’s also nice to not be trying to fight your way in the photo pit with 30+ photographers.

What advice would you give to any up and coming photographers who are reading this article right now?

Have fun and don’t worry about what others think. It’s easy to get distracted by fellow photographers, something as minuscule as them having more “likes” and followers on Instagram, or having better gear. In the end, none of that matters if you aren’t happy with yourself and your work. I’ll admit that I’ve wanted to quit concert photography more times that I can count because I felt I wasn’t good enough. I was just constantly comparing myself to others. But then I had to step back and ask myself if I was still having fun, and the answer was yes. As long as you’re having fun and happy with what you’re doing, keep going.