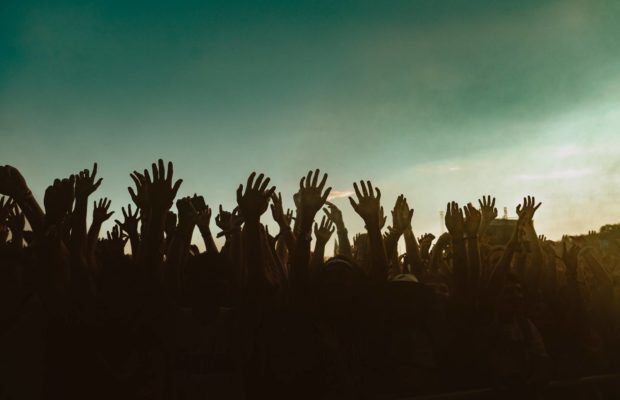 My Austin City Limits (ACL) experience couldn’t have gotten off to a better start. After I missed my bus stop and walked all the way to the festival at Zilker park,  I wondered why Texas is literally ten feet from the sun and if ACL was going to be worth sweating half to death..

I first heard of Austin City Limits  10th grade. My summer school teacher was a fresh University of Texas graduate and we bonded over our mutual love of music and  shows. He sang ACL’s praises. I don’t have a bucket list, because I don’t plan on dying, but ACL would have been on it.

Because of the journey I took to get here I felt a certain closeness with my first act, Bishop Briggs. Briggs started out her performance with tons of energy and the song “The Way I Do,” bouncing around the American Express stage with so much excitement and a big smile on her face. Her performance was full of emotional moments as she described her journey from playing small coffee shops to opening for Paul McCartney today. She was doing her best to stay composed and not cry. She was amazing.

For the next act, I took it upon myself to see one of the most controversial artists on the line-up. You know who I’m talking about. Greta Van Fleet. Their crimes? Well, they’re young and they sound too much like Led Zeppelin. The band consists of brothers Josh Kiszka, Sam Kiszka, Jake Kiszka, and Danny Wagner (not a brother). They’re stylish, they bring a lot of energy to their performance, and they have people split. Before the set I overheard this conversation:

I didn’t know what to expect from the band’s set, but surprisingly, the audience and I liked them!Towards the front, their were diehards screaming, while in the back  people were confused but seems to be having a good time. The stage was crowded. The audience was pumped. My verdict? Greta Van Fleet is fun and entertaining.

I next wandered over to the Honda stage to check out Khalid. This El Paso, Texas native with the voice of a literal angel knows how to put on a good show. He opened with the track “8teen,” complete with background dancers, Khalid out danced a bit, the boy has moves. The audience was nevertheless full of screaming girls. Khalid is cool, confident, and smooth. It was kind of hard not to fall in love watching him. Too bad I’ve got a boyfriend.

BROCKHAMPTON was my last set of the night. They were also my favorite performance. The self-described world’s greatest boy band took stage at 6:45. Texas locals, the hip-hop collective originally hails from San Marcos but has now relocated to California.

“They told us this shit wasn’t gonna work, but we’re here! We’re rich! And we’re queer!” the band shouted.

After a controversy with a former member being accused of sexual misconduct,  BROCKHAMPTON’s fate was kind of up in air. They did the right thing and kicked Ameer Vann, the accused predator, out of the group. Since then, the band has flourished. Fortunately for me and everyone else in attendance, because we got to see one of the most genuine performances of the day. BROCKHAMPTON is a band for the gays, a band for the good people, a group we need in these dark times!